Kolo, the youngest commissioner-nominee in the state’s history, is a 2018 graduate of Library Science from the Kwara State University (KWASU).

She is set to be Nigeria’s youngest commissioner once confirmed by the Kwara State House of Assembly. Jigawa NYSC posted photos today and wrote:

History is made today as Kolo Joana Nnazua passed-out from National Service. It maybe recalled that the Kwara State Governor Abdul-Razaq A. have submitted the name of 26-year-old Miss Kolo Joana among the nominee’s to be screened for commissionership in the state. At that time she was under going her National Service at Model Boarding Primary school, Guri.

As an ex-Corps Member, she will not only be representing her constituency, but also the NYSC scheme and the Nigerian youths in general. It is worthy to note that from now on her activities will be scrutinised and brought to public court. Her performances during the tenure she will spend will help judge her peers.

The NYSC management, staff and entire Corps Members nationwide wish her well and a fruitful and successful tenure. ” 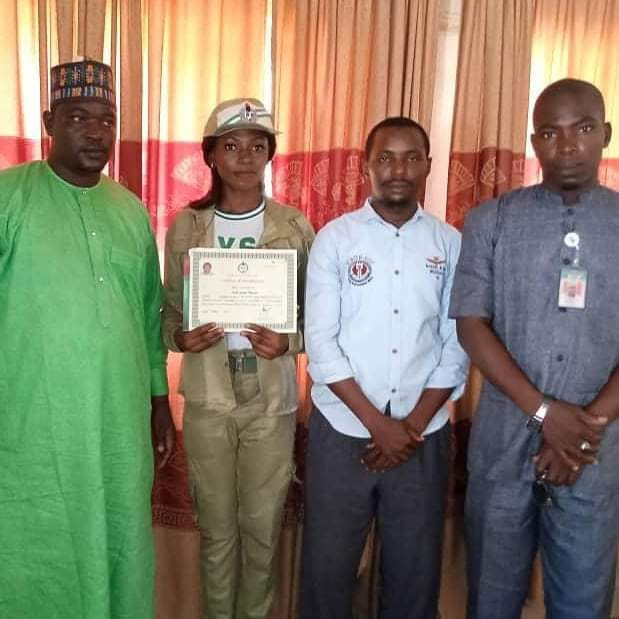 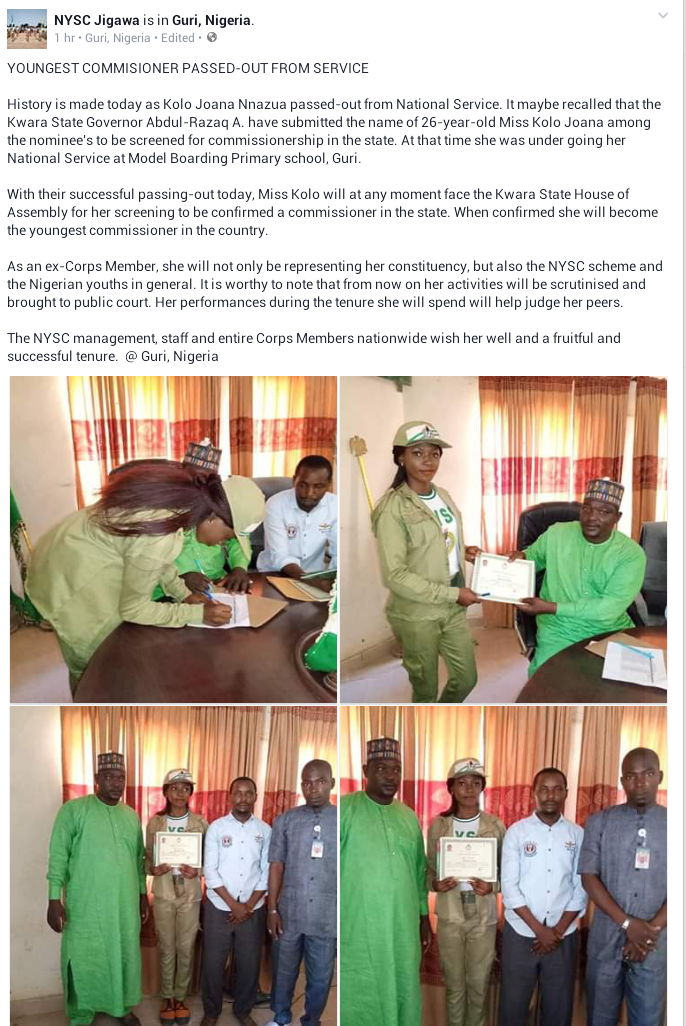 #kiddrica: What Nigerians Said As Kiddwaya And Erica Did It Under The Duvet

ANITA JOSEPH: ” Nigerian Girls Don’t Like Flowers, Give Them Money”

” #COVID-19 Is Noise From Hell, It Is Mere Fever ” – Bishop Oyedepo Voices Out

#BBNaija2020: Twitter Is Buzzling As Kiddwaya Rocks Erica Under The Duvet [VIDEOS]