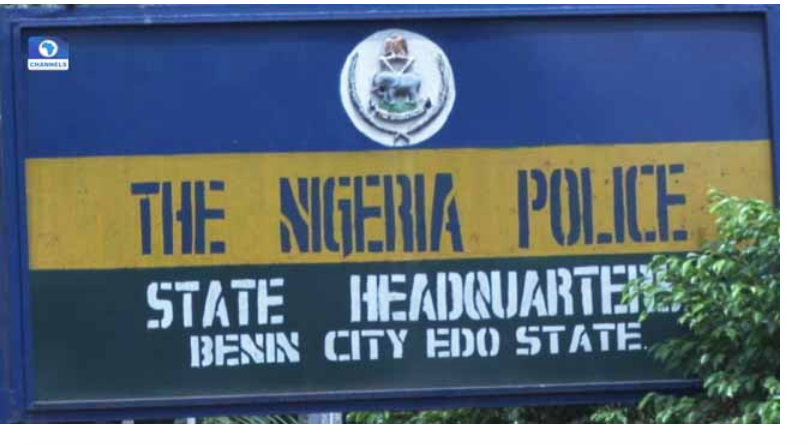 Viral Video Depicting ‘’Madman House’’ As Kidnapper’s Den Misleading—Attention of Edo State Police Command is drawn to a viral video made on 2nd December 2021 depicting recovery of expended ammunition/ teargas canister found in a madman aboard along Benin/Abuja Road.

Fact of the incident is that on 1st December 2021, at about 2052hrs, a Ford Galaxy Bus with Reg No. JJT 989 FC with nine passengers travelling from Ibadan to Uromi was intercepted by a group of kidnappers at Ugha slope and kidnapped nine persons. Police patrol teams in conjunction with the Military was mobilized to the scene and in the process, five victims were rescued.

The following day, 2nd December 2021, Drivers’ Union from Ikpoba Hill and Aduwawa in Benin staged a protest to the scene, close to the Madman House, while search and rescue operation for the remaining victims was still going on in the forest. The Divisional Police Officer in collaboration with the military addressed them and they left peacefully. The viral video must have been made in that process. Some of the protesters attempted to attack the madman who was eventually evacuated.

The madman has been living in that mud house for over 20years and had gathered every available materials ranging from shells of expended ammunition, scrapped irons, rags, wasted papers, disposed cooking utensils, empty water bottles, empty kegs etc.

Going by antecedent of several encounters with kidnappers by joint teams of the police/military over time and space, it is pertinent to mention that the area spanning the stretch of Ehor is a major black spot which had been littered with empty shells, cartridges and canisters that could have been gathered by the ‘Madman’. The comments made in the viral video that the location is used as kidnappers Den is not only misleading but mischievous aimed at inciting the public. None of the shells recovered is live ammunition.

It is also worthy to note that the location in question is a black spot regularly manned by the Police at peak periods covering a proximity of about three (3) kilometres from scene of the kidnap. The possibility of kidnappers using the ‘’Madman house’’ is unlikely and does not require undue emphasis.

The Commissioner of Police, Edo State has directed that Police presence along that axis be further strengthened to ensure security and safety of travelers, urging the public to continue to provide the Police with useful information that would lead to prevention and arrest of criminals.