Nollywood actress, Etinosa Idemudia shared her views on some Bible passages via an Instalive video as she smoked and used the bible as her ashtray.

The actress who described Provers 22:6 which reads “train up a child when he is young and when he is old he will not depart from it” as a scam, stated that no one should blame her mother as she is still departing even though she was trained and retrained.

Etinosa who disclosed that things have not been adding up lately, further stated that she is quite conflicted at the moment.

Read her posts below; 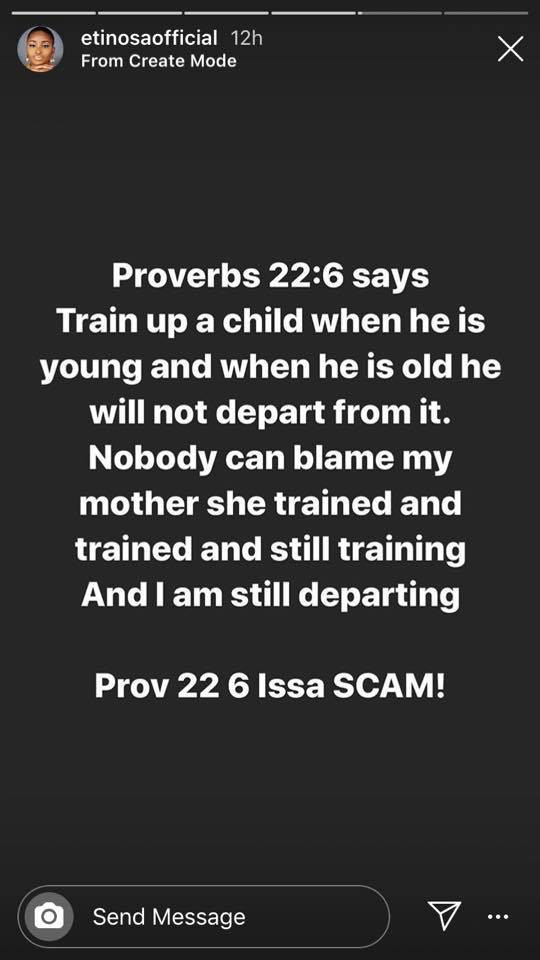 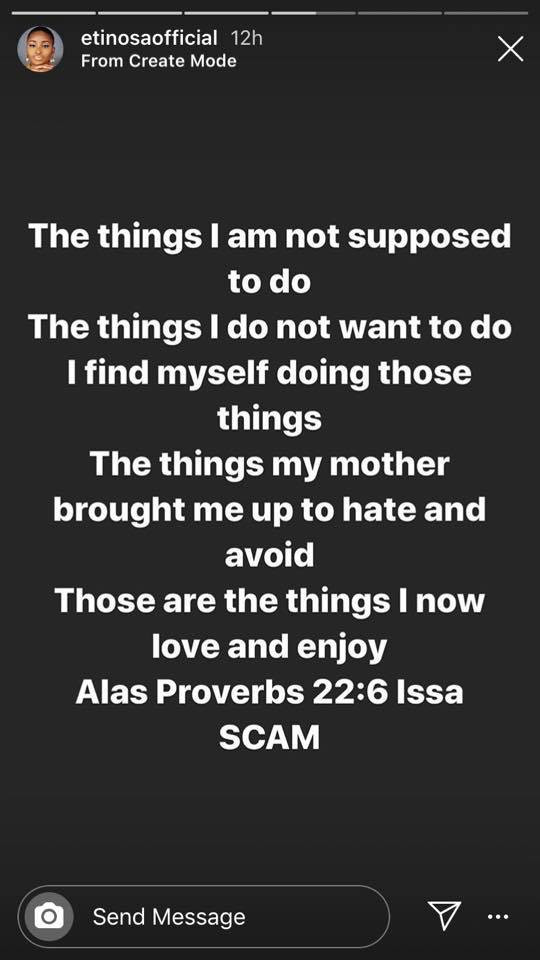 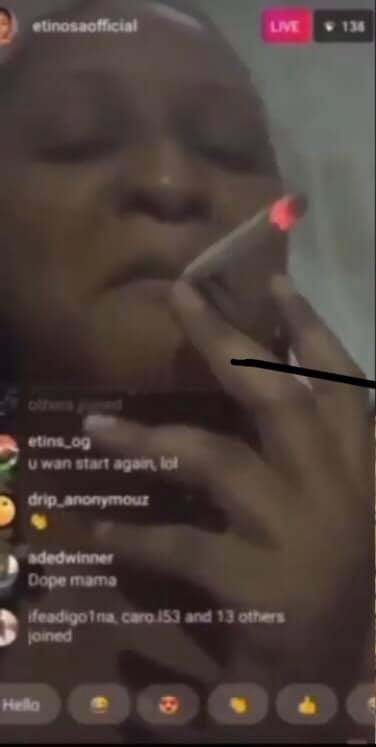 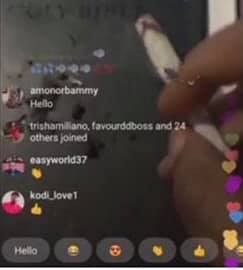