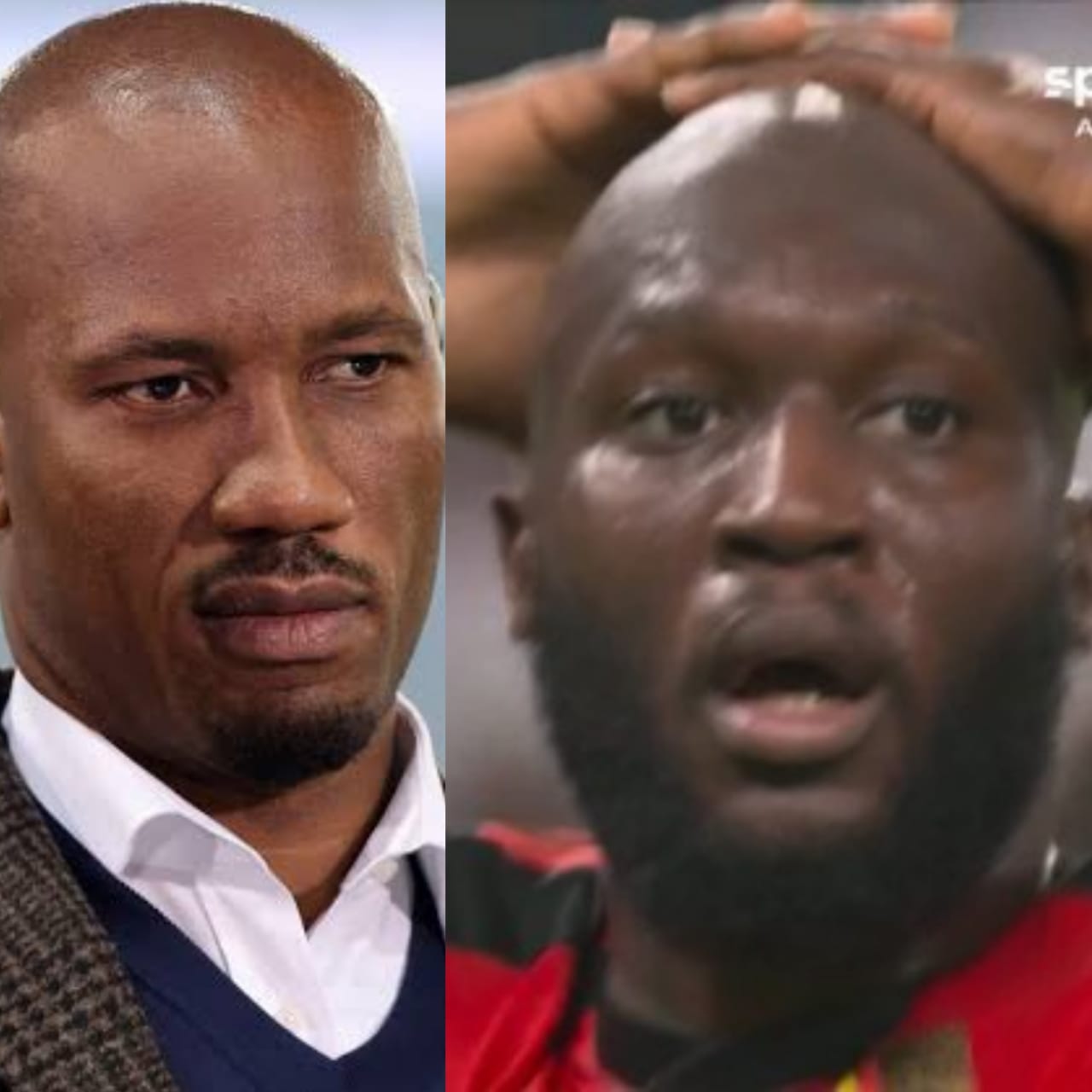 How #Drogba Reacted Over #Lukaku’s Horror Performance Against #Croatia—-Ivorian and Chelsea legend, Didier Drogba, launched a staunch defence of Belgium striker Romelu Lukaku after he missed a string of chances that cost his team a place in the last 16 of the World Cup.

Lukaku failed to score as Belgium drew 0-0 against Croatia in a World Cup tie on Thursday.

The result against Croatia means Belgium are now out of the tournament in Qatar.

After the game, Lukaku left the pitch in tears at the end of the match and was consoled by assistant coach Thierry Henry before breaking a glass panel in the dugout with his fist as he lashed out in frustration.

And Drogba, one of Lukaku’s idols during his first spell at Chelsea, felt sympathy for the attacker and refused to single him out for criticism.

“We all did (felt sorry for Romelu Lukaku), but we can’t put the blame on someone who has been injured the last two months, he comes on for 30 minutes and you want him to win the game,” Drogba told the BBC.

“As a striker, he should’ve been a bit more on his toes, but it is very difficult to blame him for this.”

“I think he is frustrated not only because he missed the goals but the spirit of this team during the tournament.

“The talks, the fights between players, this is what he is frustrated about more than the goals he missed, I think.”