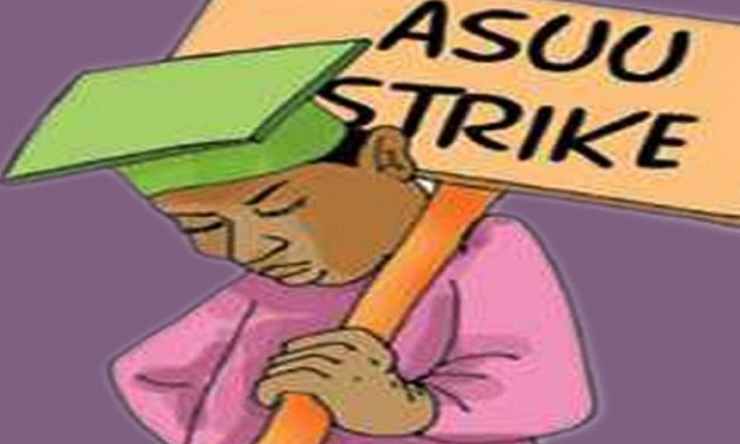 Relief As #ASUU Reach Understanding With FG, NEC To Reveal Position On Strike—-The Chairman, Academic Staff Union of Universities (ASUU), University of Calabar, Dr Edor John has revealed that some understanding have been reached with the Muhammadu Buhari-led administration.

Speaking to newsmen on Wednesday after ASUU’s Congress at the International Conference Centre, John said that while some shifting of grounds have been made, only National Executive Council (NEC) will convey the resolutions.

He said that the branch cannot suspend the strike, stressing that only NEC has the power to do so while maintaining that no governmental official should be think of dividing ASUU anymore.

Edor said: “We can’t give you full details of what briefings transpired in Congress , because it is a process that we will collate and analyse at NEC in Abuja on Thursday.

But it is a process arising from the intervention of the Speaker of the House of Representatives of the Federal Republic of Nigeria , Rt Hon Femi Gbajabiamila to see if there can be an amicable and “Speedy” resolution .

Some understanding have been reached, some shifting of grounds have been made, so we need to process these at the various organs of the Union and the final resolutions will be taken at NEC when we meet on Thursday.”

The union chairman added that there was no need trying to divide them by registering other bodies or Union with a view of breaking their ranks.

Edor urged the Federal government to jettison the idea of proscribing ASUU stressing that the University of Calabar does not have any member of the Congress of Nigerian University Academics (CONUA) and doesn’t know of any.