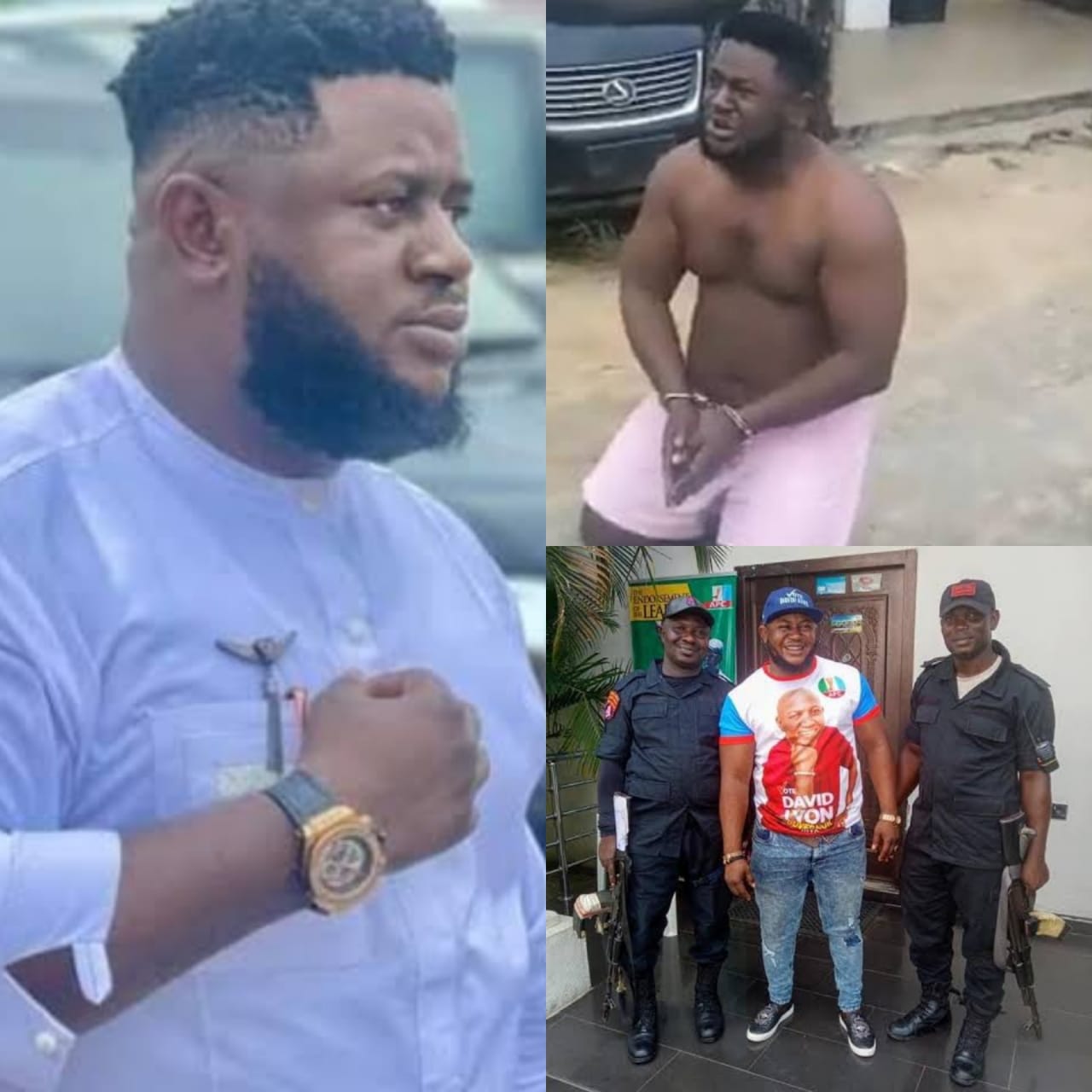 John Lyon: 7 Things To Know About The Millionaire Kidnapper Kingpin A.K.A IK- Kpai-kpai—The Genius Media Nigeria reports that more shocking details about John Lyon, a kidnap kingpin behind a series of high profile kidnap incidents in Bayelsa have emerged.

Recall, Lyon was said to have been arrested on Saturday in the federal capital territory (FCT) by officers of the Bayelsa police command.

A video showing the alleged kidnapper being handcuffed surfaced on social media over the weekend.

In the less than two-minute video, Lyon confessed to kidnapping, adding that he only joined the syndicate to carry out two operations.

He was also seen begging for forgiveness over his alleged crime, saying his wife had just delivered a baby.

According to report, here are seven Things To Know About Millionaire Kidnapper, John Lyon A.K.A IK- Kpai-kpai

Lastly, he has slept with so many girls, including this one in the next slide.Where he is today.

Moral lesson: Envy no man. You never know where they got their wealth from. Be contented and let God bless your genuine hustle.