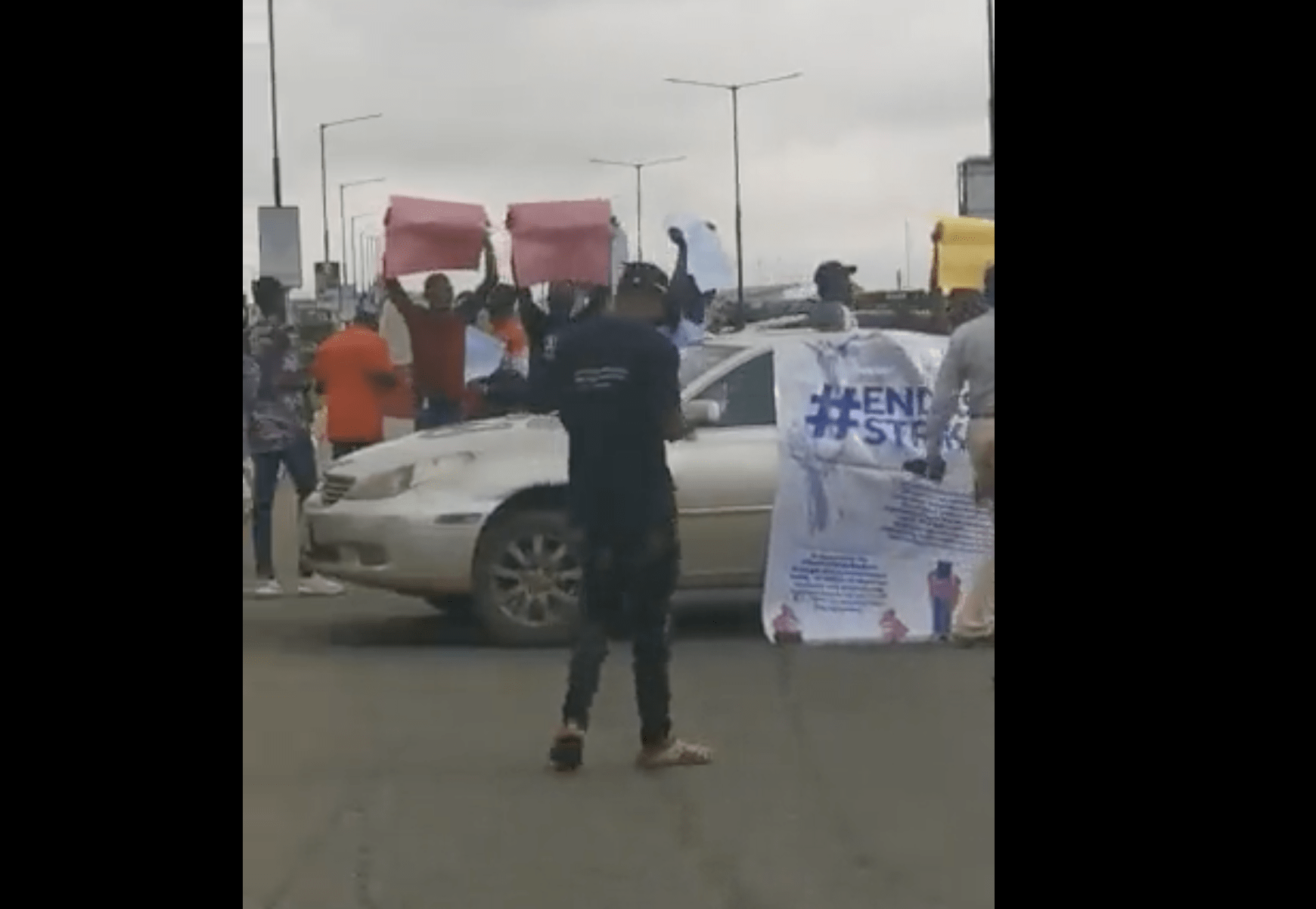 The students who were blocked by security operatives from gaining access to the airport took over the road, preventing traffic flow both inward and outward from the facility.

The students, in their hundreds, demanded an immediate end to the strike which has entered its seventh month, urging the Nigerian government to meet the demands of the striking lecturers to enable them to return to class.

They could be seen singing and dancing on the road, creating gridlock on the busy road.

In what appears to be an attempt to forestall the protest, SaharaReporters gathered that the students were earlier intimidated by armed police officers.

“We have taken over the road already despite the rainfall, they mobilised lots of security operatives to tame us but nothing shall shake us until our students resume back to class,” NANS Zone D coordinator, Adegboye told SaharaReporters.

Watch the video below: