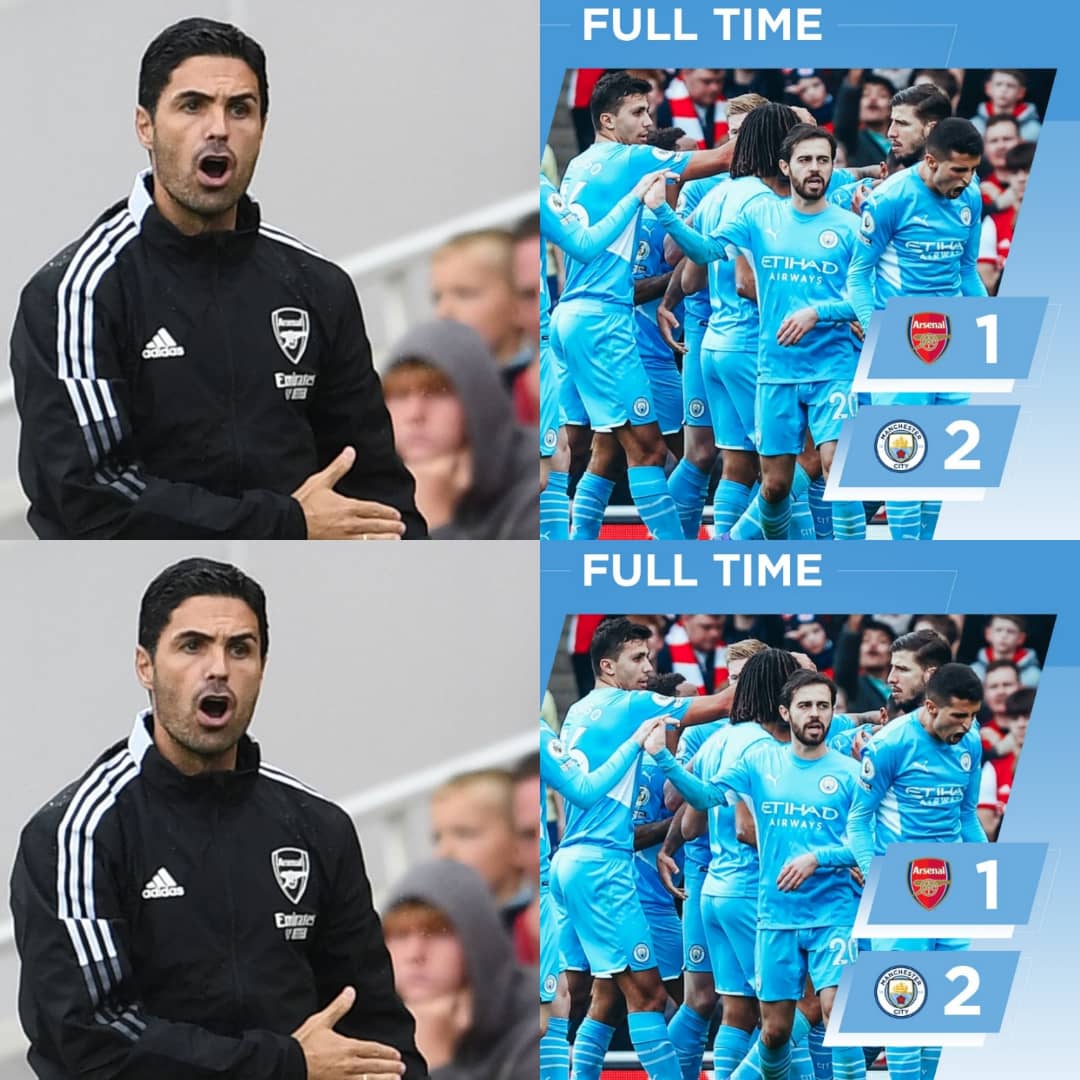 #ARSMCI: What Arteta Said After Arsenal Defeat To Mancity At Emirates Stadium—-Former Dutch professional football and Arsenal’s assistant manager, Albert Stuivenberg, has revealed that the Gunners boss Mikel Arteta was “frustrated” with his team’s 2-1 defeat to Manchester City on New Year’s Day.

The Genius Media Nigeria earlier reported that Arteta missed Saturday’s clash against Man City after testing positive for COVID-19 earlier in the week as his assistant Stuivenberg was instead in the home dugout against Pep Guardiola’s side.

Riyad Mahrez canceled Bukayo Saka’s first-half goal after scoring a penalty in the second half.
But Rodri scored a dramatic late winner for Man City to give the visitors all three points.

“Mikel has the same feelings as me,” Stuivenberg said at his post-match press conference.
“He is frustrated after the performance and seeing the development of the team from the start of the season to now.”
He added, “Are we able to compete against one of the best teams in the world? And we were. We also showed guts and played the game we wanted in the first half. In the end it is frustrating to end with zero points.”