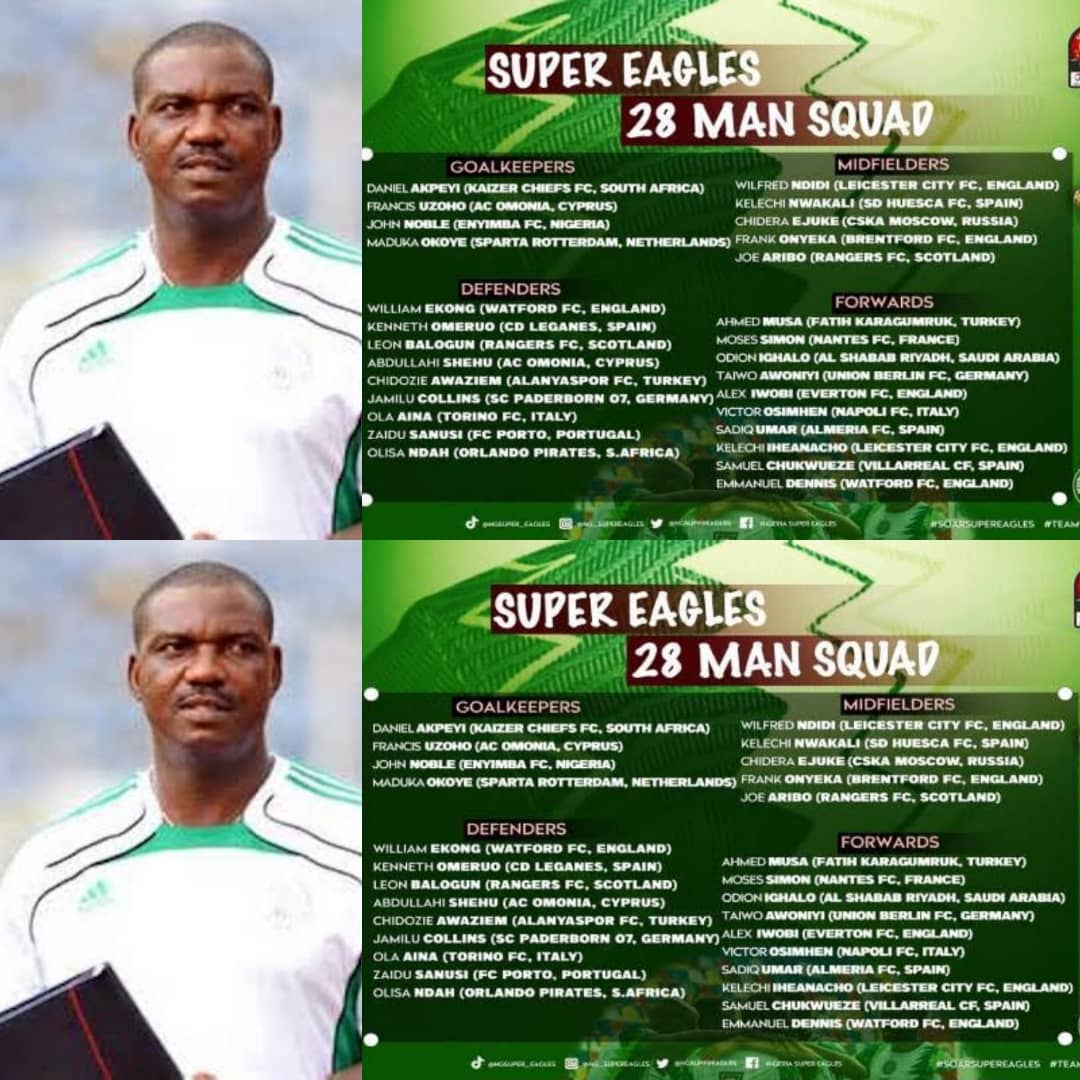 Ademola Olajire, Director of Communications at the Nigeria Football Federation (NFF), in a statement on Saturday said team captain Ahmed Musa and midfielder Wilfred Ndidi also made the list.

TGM gathered that Nigeria, three–times winners of the competition are drawn in Group D of the event billed for Cameroon from Jan. 9 to Feb. 6.

Nigeria will take on seven-times and record winners Egypt, Sudan and debutants Guinea Bissau with venue of their group matches in the northern town of Garoua.

A mouth-watering clash with the Pharaohs in the group opener on Jan. 11 means the Eagles must hit the ground at blistering pace.

But there is a return to the group for former FIFA Under-17 World Cup–winning captain Kelechi Nwakali, forward Emmanuel Dennis and 2016 Olympics star Sadiq Umar.

All but some of the invited players were expected to arrive in camp in Abuja on Wednesday.

It is only the UK-based players that are expected to start arriving on Jan. 3.