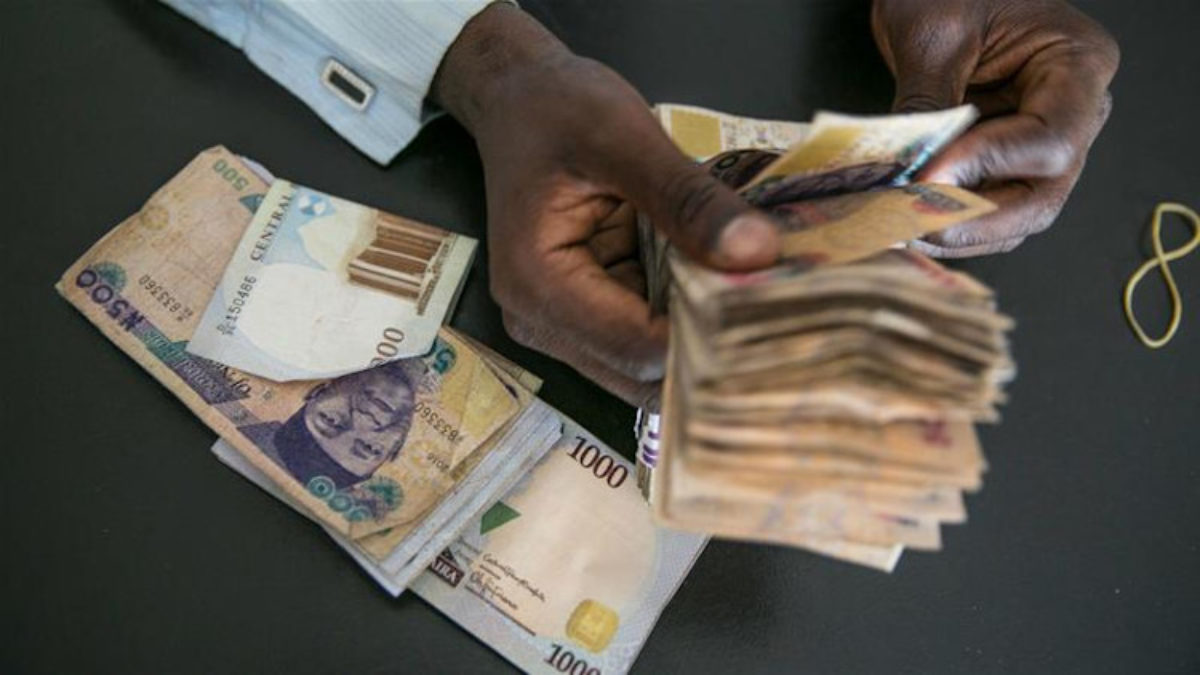 BREAKING: Dollar Drops As Naira Gains At Official Market Moment External Reserves Rise—The Genius Media Nigeria reports that Naira has gained at the official market as external reserves rise for the first time in over a month.

The exchange rate between the naira and the US dollar closed at N414.73/$1 at the official Inves tors and Exporters (I&E) window

This online newspaper understands that Naira appreci ated against the US dollar on Friday to close at N414.73/$1, representing a 0.02% gain compared to N414.8/$1 recorded in the previous trading sessions as Nigeria’s external reserve increased by $69 million, the first time in over a month.

However, the naira depreciated against the US dollar on Friday, dropping by 0.53% to close at N570/$1 as against N567/$1 that was recorded in the previous trading session. This is according to information obtained from BDC operators interviewed by NewsOnline Nigeria.

Nigeria’s foreign reserve reduced by 0.08% on Wednesday, 1st December to close at $41.15 billion compared to $41.19 billion recorded as of the previous day. The recent decline in the nation’s external reserve is attributed to the intervention by the apex bank in the official forex market.

The exchange rate at the Investors and Exporters window appreciated by 7 kobo to close at N414.73/$1 on Friday, compared to N415.8/$1 recorded over the past six trading sessions.

The opening indicative rate closed at N414.06/$1 on Friday, which represents a 12 kobo depreciation compared to N413.94/$1 recorded in the previous trading session.

According to data tracked by Nairametrics from FMDQ, forex turnover at the I&E window dropped from $139.67 million recorded on Thursday 2nd December 2021 to $103.01 million on Friday 3rd December 2021.