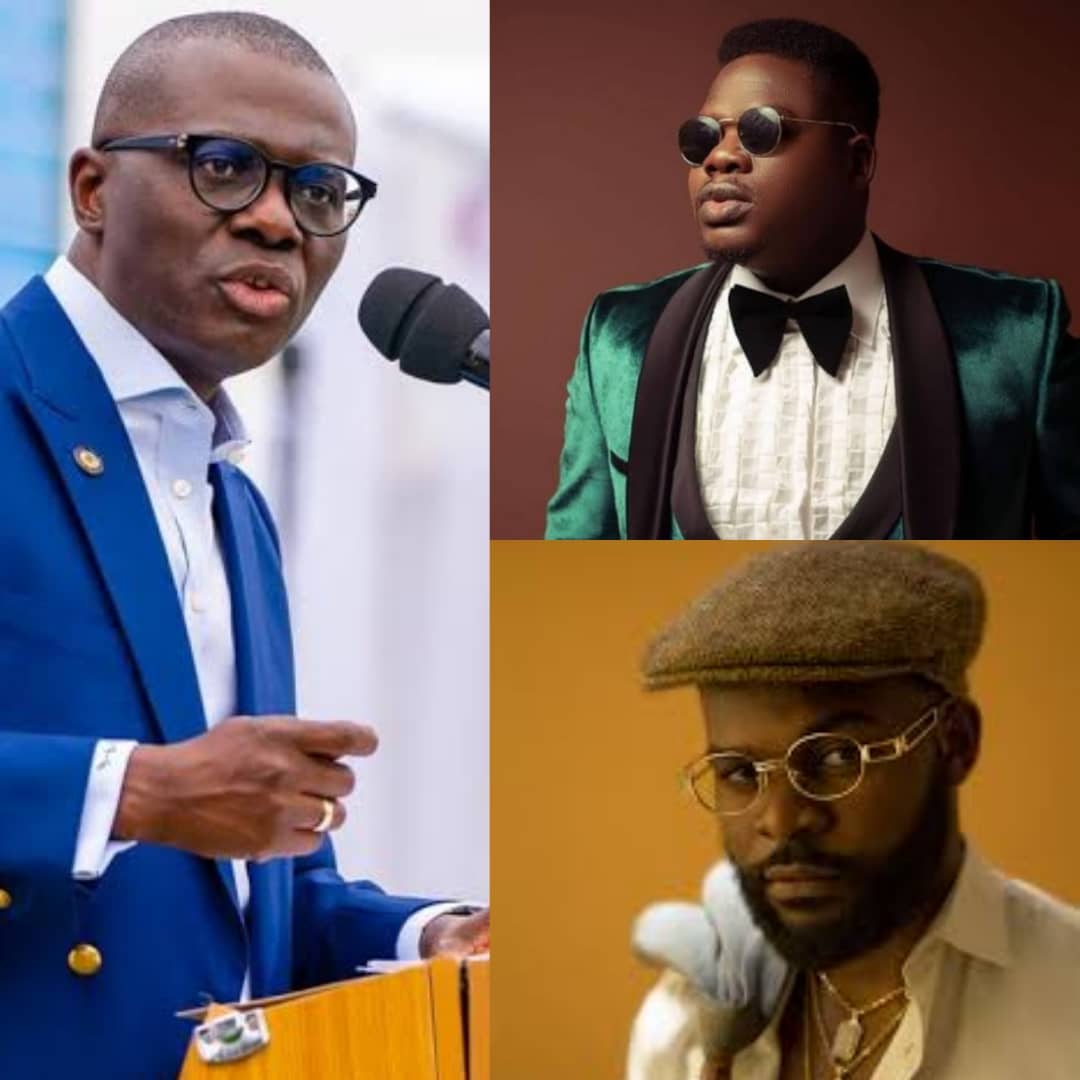 Sanwo-Olu says he wants artistes such as Falz, Mr Macaroni and Seun Kuti to join him at the walk holding this December.

According to him, others such as Temitope Majekodunmi, Segun Adeoya and Police Commissioner, Hakeem Odumosu, should also join the walk.

Sanwo-Olu said this in a broadcast on Tuesday afternoon, saying, “We shall facilitate better communication between youths and security operatives. In December I will lead a walk of peace to herald healing of our land.”

In a broadcast aired live by TVC, he also noted that Lagos had bounced back from the crisis.

He saluted the resilience of the people, recalling how the state survived explosion and
Ikoyi building tragedy.

“It is testament of resilience of our spirit is about how we rise every adversity. It has propelled us to show our emphatic nature in face of tribulation.”

“Going forward, dear Lagosians, we shall facilitate better communication between our youths and the state’s security machinery to resolve issues before they become intractable. We will make it easier for our young people to initiate formal complaints on human rights violations through the Ministry of Justice”

“We will also improve the coordination between the state government and the security agencies, including the police and the military. In this vein, we are studying how to improve security policy formulation, information sharing, and clarifying rules of engagement in times of social unrest”

“Just as we have established a mechanism to compensate all those who lost homes, businesses, and livelihoods to the violent destruction of October 2020, we shall also establish a detailed procedure for the just compensation of citizens with verified claims of police brutality committed during the protests”

“In December, I will be leading A WALK FOR PEACE to herald the healing of our land. Let me use this occasion to extend an open invitation to our youths, members of the diplomatic corps, civil society groups, students and the media as well as other stakeholders to join me and the following people FOLARIN FALANA (FALZ). DEBO ADEBAYO (MR. MARCARONI). DELE FAROTIMI. TEMITOPE MAJEKODUNMI. SEGUN AWOSANYA(SEGALINKS). ADETOUN (JUST DETOUN). SEUN KUTI. CP HAKEEM ODUMOSU. CSP YINKA EGBEYEMI JOIN ME ON THIS HISTORIC MARCH FOR OUR DEAR LAGOS.

“NOBODY WILL BUILD THIS CITY FOR US. LET US SHOW THE WORLD WHO WE ARE. WE ARE LAGOSIANS. A PEOPLE OF GREAT RENOWN, DRIVEN BY THE IRREPRESSIBLE SPIRIT OF LAGOS.” He said

AFCON Round Of 16: NFF Says Eguavoen Can Keep Super Eagles Job If He Wants