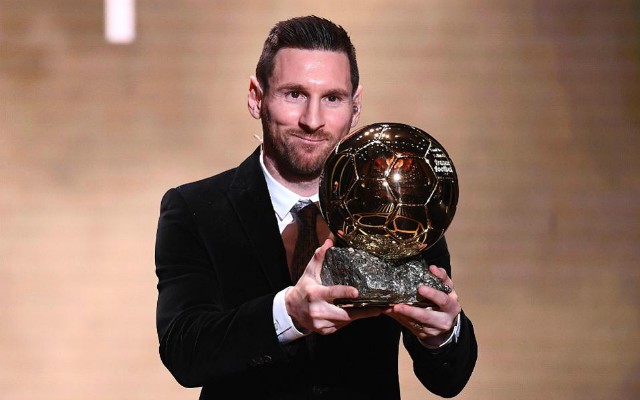 Messi, attended the ceremony in Chatelet Theatre in Paris with his wife and children.
In 2021, the Argentine scored 41 goals and registered 14 assists.

He won the Copa del Rey with his former club, FC Barcelona and he led Argentina to their first silverware since 1993, winning the Copa America, where he was also named Player of the Tournament and won the Golden Boot.
Bayern Munich and Poland striker Lewandowski won the striker of the year award.

He has scored 73 goals in 60 games for Bayern Munich since the start of last season, and won FIFA’s and UEFA’s men’s player of the year awards in 2020.

The Ballon d’Or award ceremony is one of the most anticipated events in the football world. The award, first given out in 1956, is presented by the French weekly magazine, France Football, to the best footballer of the year.