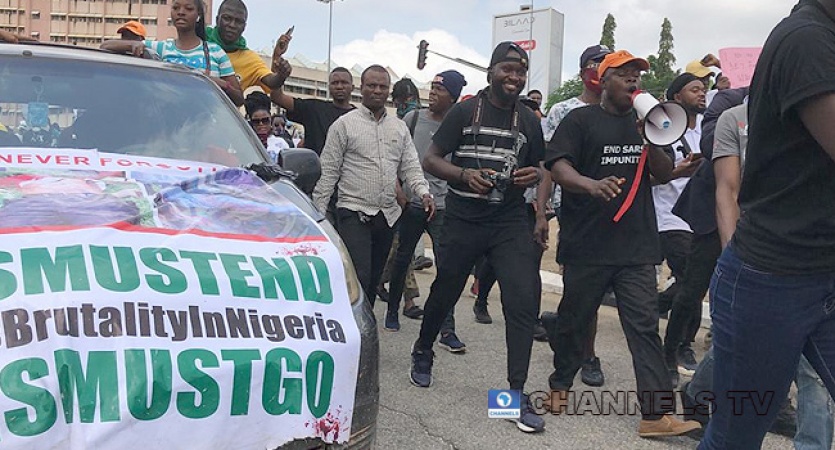 How #EndSWAT And #EndsSARS Protesters Took Campaign To National Assembly In Abuja—-A large number of protesters against police brutality and extra-judicial killings have taken their demonstration to the National Assembly complex in Abuja, the nation’s capital.

They storm the complex by surprise on Thursday displaying placards, lamenting extra-judicial killings and demanding justice for victims of police brutality.

They sang songs of solidarity, recited the national anthem, and chanted ‘EndSWAT!’ ‘EndSWAT!’ while security agents tried to barricade the entrance to the NA complex.

The youths has been relentless in their goal using hashtags #EndSWAT, #EndSARS, #EndPoliceBrutality even after the police authorities disbanded the SARS unit and set up the Special Weapons and Tactics (SWAT) unit as its replacement.