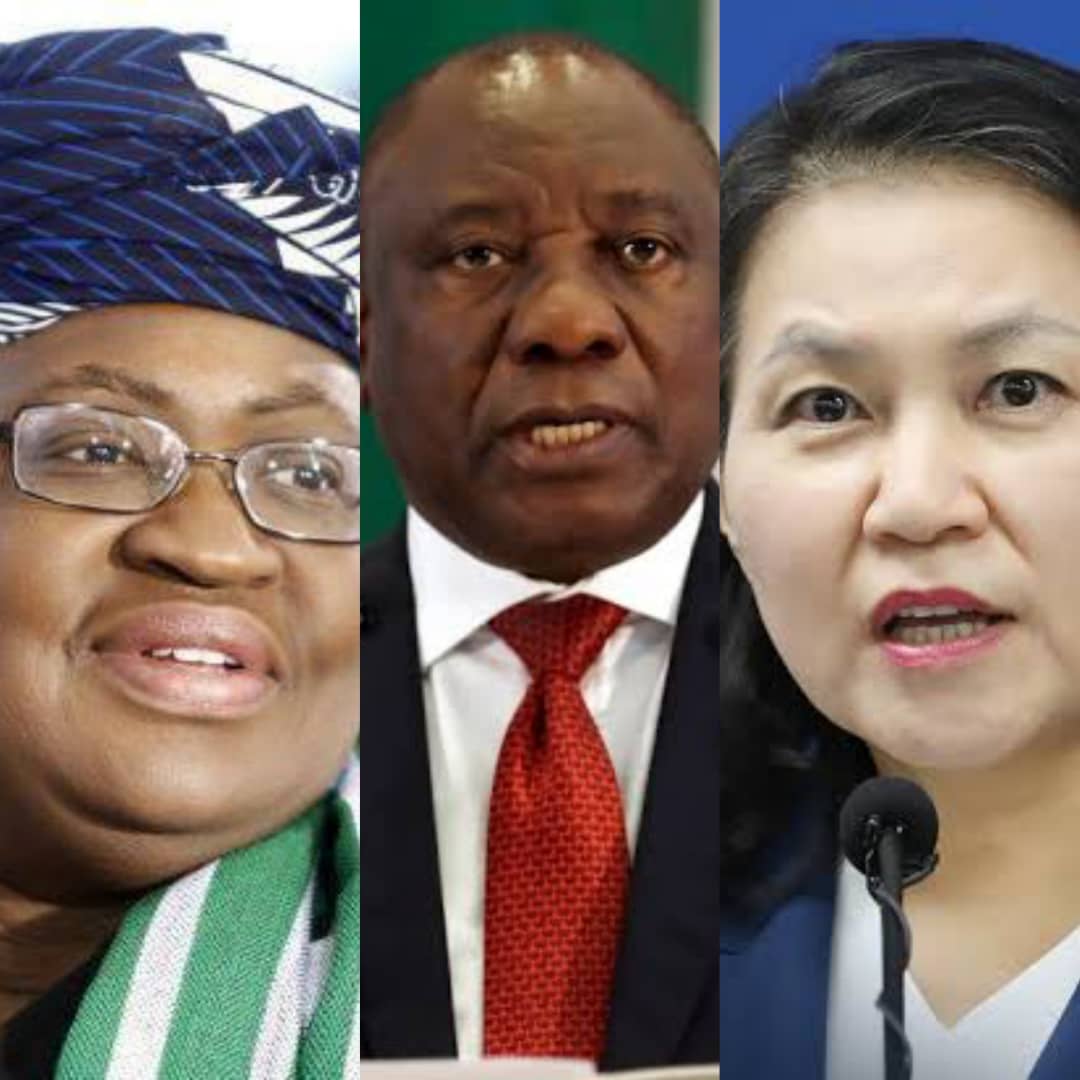 OKONJO IWEALA Vs MYUNG-HEE: South African President Disclose Preferred Choice For WTO DG Position—In the final stage of the race for the pots of Director General of the WTO, Matamela Cyril Ramaphosa President of of South Africa and Chairperson of the African Union said the right person for the job is Dr. Ngozi Okonjo-Oweala.

The President congratulated her for being the first African woman to stand for election and reach the final stage of selection for the WTO DG post and said she alone is capable of repositioning the WTO.

Ramaphosa stated: “Dr. Okonjo-Iweala is a highly distinguished African, who has excelled in various public offices, in her native Nigeria, including responsibilities in the AU, and in numerous international assignments.

“At a time when international organisations need to be repurposed, Dr. Okonjo-Iweala is the right person to reposition the WTO in order to be an effective instrument for facilitating a fair, just, equitable and rules-based trading system. I have no doubt that she has the credentials and capability to restore order in an otherwise turbulent multilateral trading system.”

He also encouraged the States of the African Union to rally behind Dr. Okonjo-Iweala during the final round of nominations, which will see for the first time in the history of the WTO, the appointment of a female Director-General and most likely and preferably, one coming from the African continent.

Her leadership of the WTO will assist in the full integration of the continent as an important player in the global multilateral trading system, particularly at the time when the Continent is working on operationalising the biggest free trade area in the world, the African Continental Free Trade Area (AfCFTA), he said.