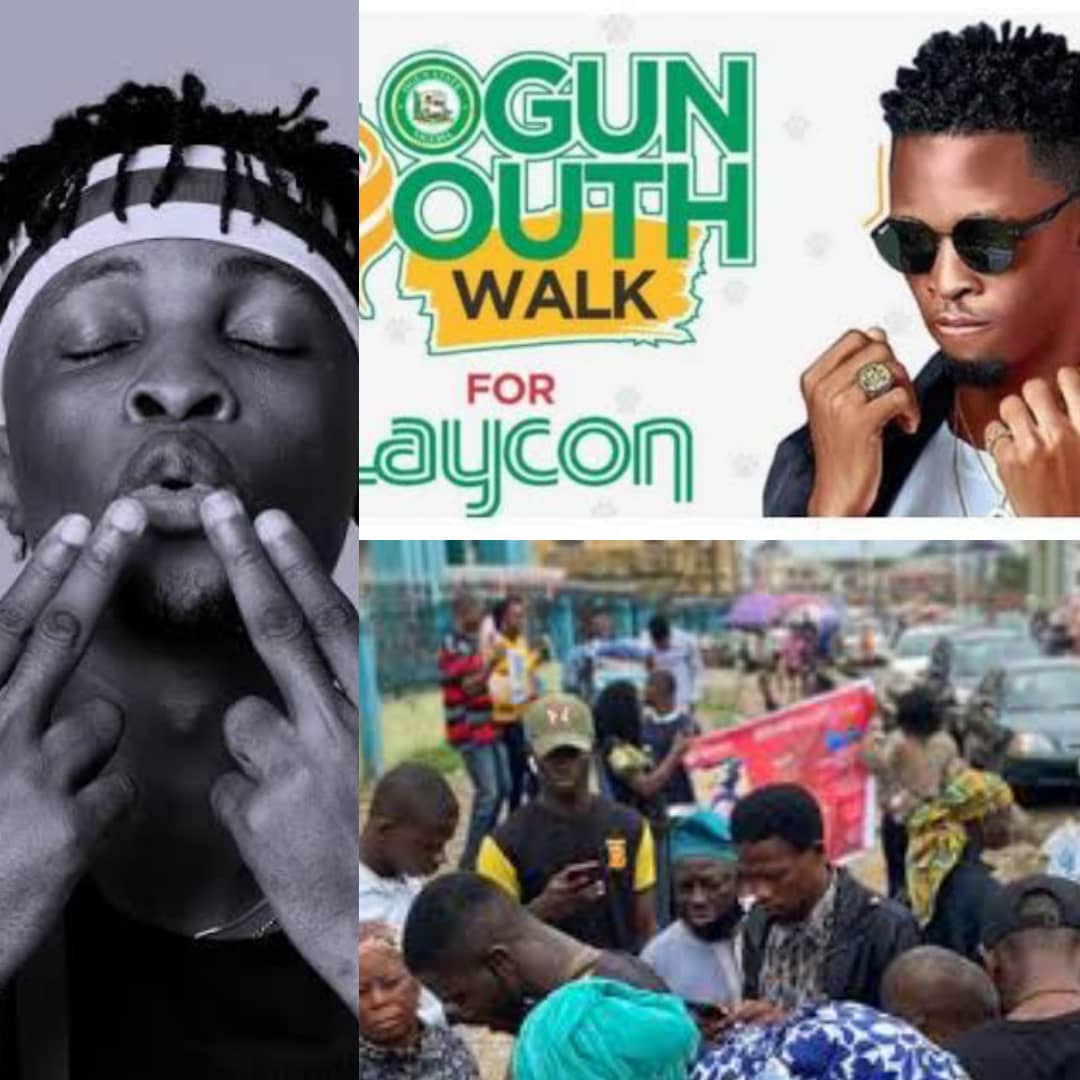 #LayCONSISTENT: Watch As Icons Hold Mega Rally For Laycon In Ogun State—–Olamilekan ’Laycon’ Agbeleshe’s fan base called the ‘Icons’ is undoubtedly one of the largest fan base of any BBNaija housemate so far in the Lockdown house as the surviving 5 finalists compete for the N85 million grand prize.

Members of the Icons in Ogun state have upped their game for their favorite housemate as they took to the streets of Ogun State to campaign for him in a video that is now trending on the internet.

The 26 years old who hails from Ogun state has won the hearts of many in his state as they are seen giving their all trying to make sure he wins the ultimate prize of the reality show.

The final day of voting is today Friday, September 25 for the 5 remaining housemates in the BBNaija house, as African’s most popular reality Tv show is coming to an end on Sunday September 27.

Below is the campaign video: