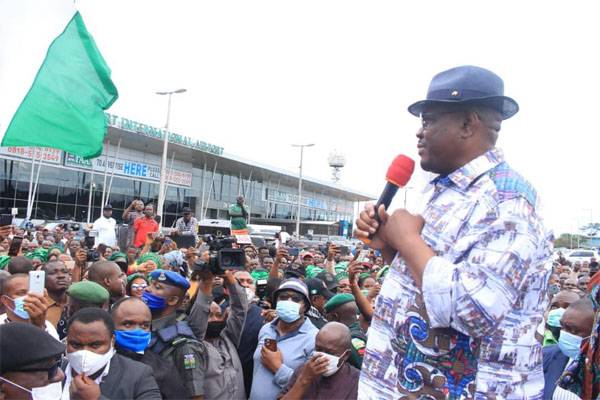 The triumphant Governor addressed the crowd of Party supporters at the airport commending the Independent National Electoral Commission (INEC), the police over their conduct during the election and the people of Edo State for ending godfatherism with the re-election of Governor Godwin Obaseki. 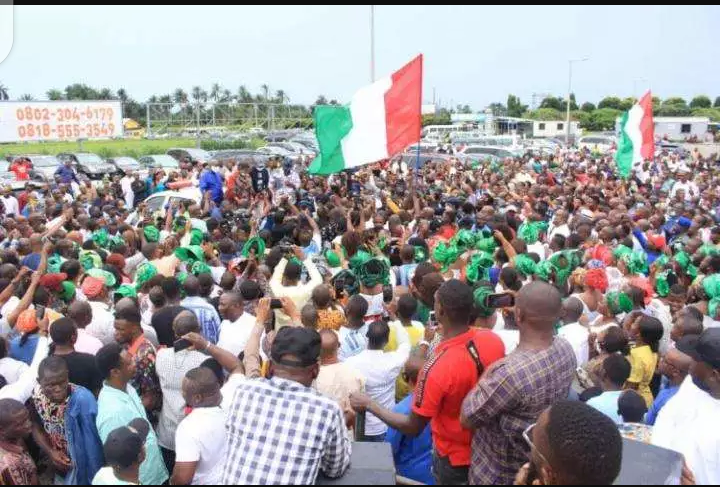 “With the re-election of Governor Obaseki, the entire South-South Region is now completely PDP.

“What this means is that the entire South-South can now speak with one voice on issues concerning us,” he stated.

After INEC declared Governor Obaseki as the winner, Wike at a press conference in Benin said the electoral victory of Obaseki had ended godfatherism in the state and the people would no longer put their fate in the hands of one man.

“If for nothing, we have made the point that there is nothing called godfatherism again in Edo State politics.

“I thank Governor Obaseki for volunteering to be used to fight for the interest of Edo State,” he added.