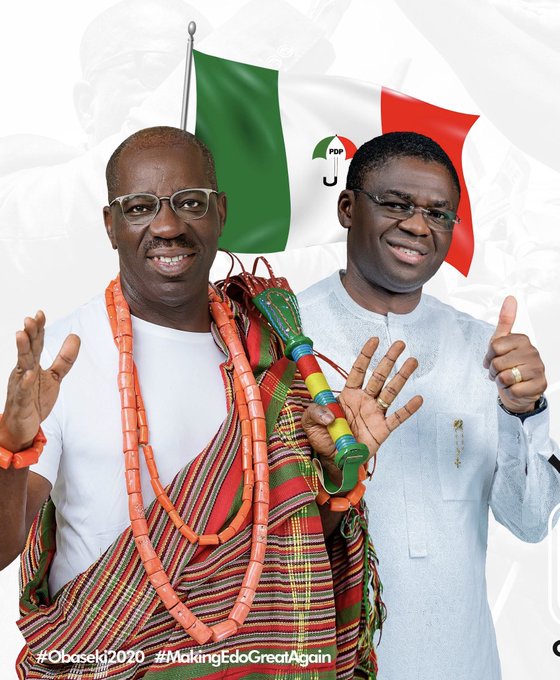 #EdoDecides2020: Obaseki Beats Ize-Iyamu Black And Blue In His Local Govt—The Independent National Electoral Commission (INEC) has announced that the All Progressives Congress(APC) Osagie Ize-Iyamu, was defeated by the Peoples Democratic Party(PDP) in his local government, Orhiomwon.

According to the results from Orhiomwon local government, APC polled 10,458 votes while PDP got 13,445 votes in ..a margin difference of almost 3,000 votes.

The official results from 16 of Edo’s 18 local governments have also been announced and governor Godwin Obaseki of the PDP so far has 288,572 votes while Osagie Ize-Iyamu of the APC has 202,525 votes.