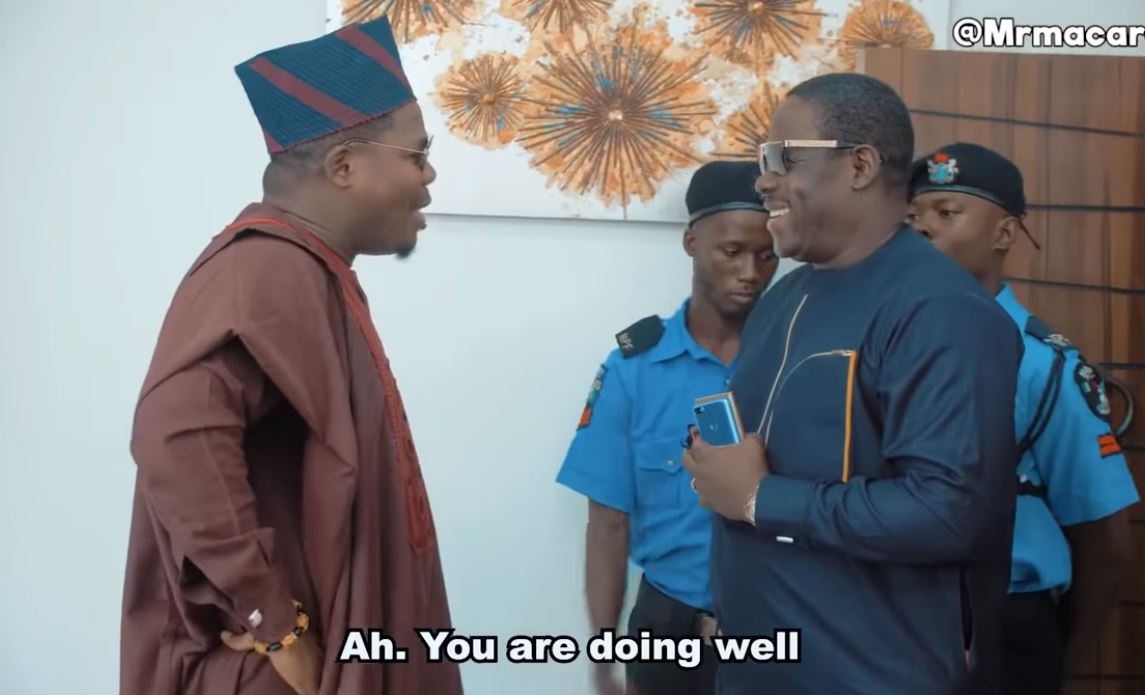 He featured on the comedian’s four minutes long skit alongside Sunny Alli and his short performance caused a stir on Twitter and Instagram.

Fans of the actor as well as Mr Macaroni’s 959,000 followers couldn’t get enough of the 60-year-old actor’s performance.

He became a household name after starring in one of Nigeria’s earliest blockbusters, Owo Blow, in 1995. The film also featured Femi Adebayo Salami, Bimbo Akintola, Kayode Odumosu aka Pa Kasumu, and several others.