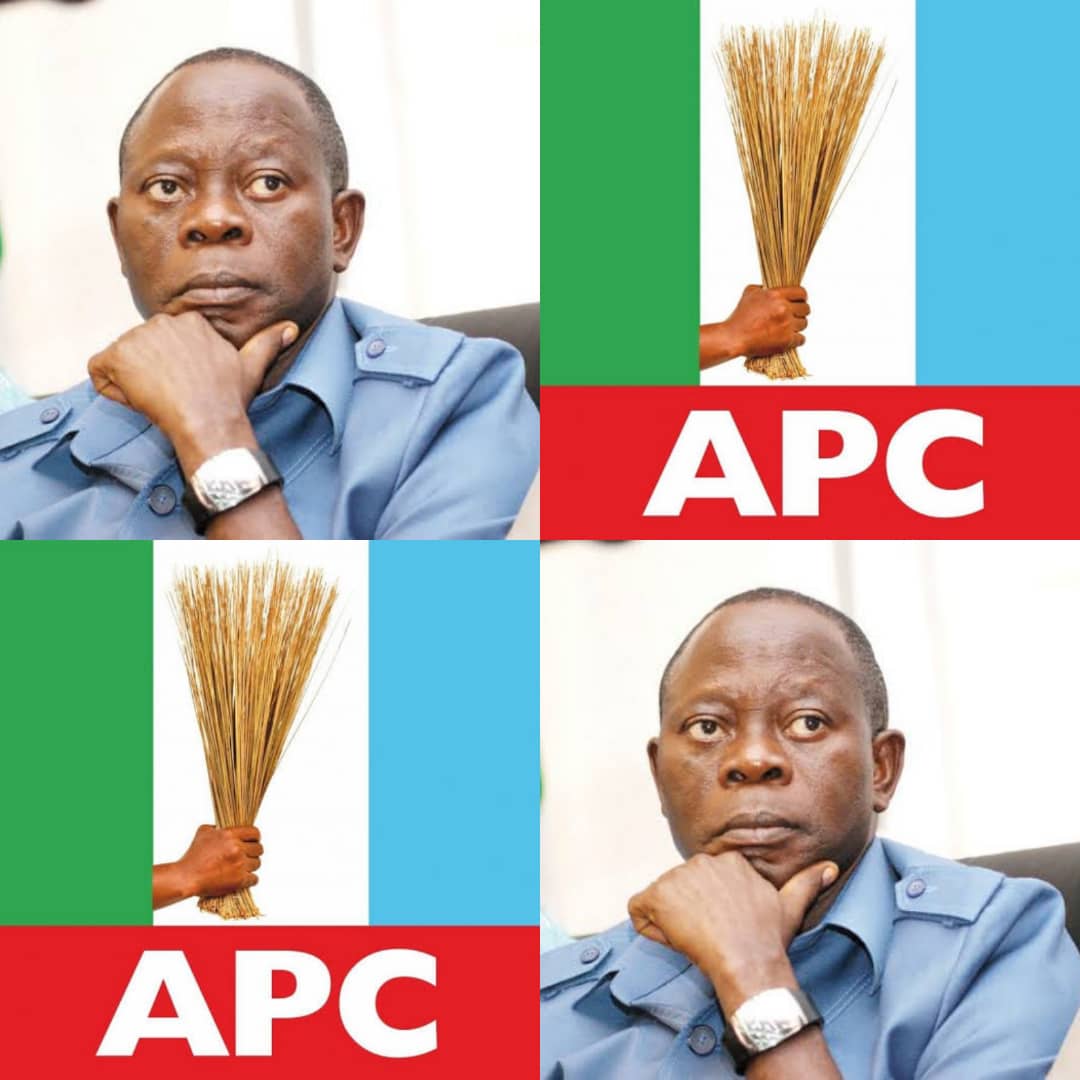 The leadership of ruling All Progressives Congress (APC), Edo State chapter, has called on officials of the Nigeria Centre for Disease Control (NCDC) and Nigeria Police Force (NPF) to arrest and quarantine all persons who attended the botched mocked primaries organised by Comrade Adams  Oshiomhole‘s backed Edo Peoples Movement (EPM).

Publicity Secretary of the APC in the state, Pastor Joseph Osagiede, who spoke to journalists in Benin City, said members of the dissident group must be quarantined and arrested over violation of social distancing and stay at home orders by the Federal and State Governments against the spread of the deadly Coronavirus (COVID-19) pandemic in the state.

The party expressed disappointment that the mock exercise allegedly orchestrated by the EPM in collaboration with Comrade Oshiomhole came at a time the world, including the country and the state are locked in the fight against the spread of COVID-19 pandemic, which has taken lives of many while others are battling for their health.

The action, they stated, was in contravention of existing laws and guidelines set out by the Federal and Edo State Governments, prohibiting individuals and groups from violation of the social distancing and stay at home order.

Osagiede said the party has petitioned President Muhammadu Buhari on the actions of Comrade Oshiomhole and members of the EPM, aimed at undermining Governor Obaseki, the state government and welfare of people of the state for their selfish reasons.

According to him, the party has appealed to President Buhari to “cause an inquiry to be carried out, to determine why men of the Armed Forces should be involved in such nefarious and provocative action capable of causing chaos and anarchy, thus bringing the Army into disrepute.”

The Publicity Secretary described members of the faction of the party loyal to Comrade Oshiomhole as “a drowning group seeking to blame everyone but themselves for their political and social misfortune.”

He stated that their misadventure arose “from their misconception of the political capacity and administrative sagacity of Governor Nogheghase Obaseki,” pointing out that the dissent group’s spokesman, Mr Chris Azebamwan tried in a recent publication to turn the truth on its head by trying to deny that a mock primary did not hold in the private home of Lucky Imasuen on 30th of April 2020 even when it was clear that a large congregation of persons actually occurred, contrary to regulations and at such a time when all hands are on deck to curtail the ravaging Covid-19.

According to Osagiede, “In the said publication, however, Mr. Azebamwan tried fruitlessly to extricate the person of Adams Oshiomhole from the botched mock primary, when in fact he is reported to have mandated a serving member of the House of Representatives to coordinate affairs and ensure his sponsored aspirant emerged as the concern candidate. The list of invited delegates from the various local government areas is in public domain. He has also tried to deny the presence of armed soldiers at the venue.”

“The issue has since been brought to the attention of the President, Muhammadu Buhari, Commander in Chief of the Armed Forces with a request to cause an inquiry to be carried out, to determine why men of the armed forces should be involved in such nefarious and provocative action capable of causing chaos and anarchy, thus bringing the army into disrepute,” he stated.

He further warned that, “Adams Oshiomhole, in using the instrumentality of the EPM,” is plotting the doom of the APC in Edo State, which will in turn make him “the eternal enemy of the Benin people.”