The sacked governor-elect of Bayelsa State, David Lyon, had visited prophet TB Joshua’s Synagogue Church of all Nations (SCOAN) in Lagos State to solicit for prayers before his removal by the Supreme Court.

Lyon visited SCOAN during a Sunday service on December 1, 2019 and was received by the popular cleric at the church located in the Ikotun area of Lagos.

During the former governor-elect’s visit, TB Joshua said it was not yet time for Lyon to give a testimony for  his victory at the November 16 Bayelsa govenorship poll, saying it was rather time for the congregation to pray for him as his victory was being challenged in court.

Lyon’s victory was challenged by the candidate of the Peoples Democratic Party (PDP), Douye Diri, leading to the Supreme Court’s nullification of his election on February 13, 2020.

TB Joshua, during the former Bayelsa governor-elect’s visit, had said: “We cannot leave here without recognizing the presence of the Governor-elect.”

The cleric, however warned that, “But for your information, this is not the time for testimony. This would come after his inauguration.

“But he cannot be on the seat for the first time he is elected, and we just overlook that seat. It is a seat of the Bayelsa people; we have to honour that.

He said, “I want to give my brother (David Lyon) a message that he will be thinking about after the inauguration, because I want him to have something that will continue to go through his heart…when he’s eating, when he’s sleeping, every moment.

“I am not going to say anything that the spirit of God will not. I will say this and that, according to the Spirit.

“I want to leave my message today until after the inauguration, when he will be coming for testimony.

“He is not a news person to us, he is one the brethren in this ministry. He is one if us. He has been a hardened believer in the Blood of Jesus.

“Don’t think you are just seeing him. You know me. I always believe in ‘Spirit politics’ and I know God will use him.

“Going by the politics in the town today, I want my brother to know that the only way the Bayelsa people will believe, heartily, that he is the one they voted for is for him to meet the expectation of the Bayelsa people…that is the message I have for him before the inauguration.

“He is banking on your prayer because the best is yet to come.

“I want to leave you with the Word of Wisdom: It is better to live poorly upon the fruit of God’s goodness than to live plentifully upon the product of our own sin.

“Listen to the voice of Wisdom but also make use of your brain.”

The cleric further called on his congregation to pray for Lyon, saying “he is banking on your prayer.”

EL-RUFAI: “Why Presidency Should Return To South In 2023” 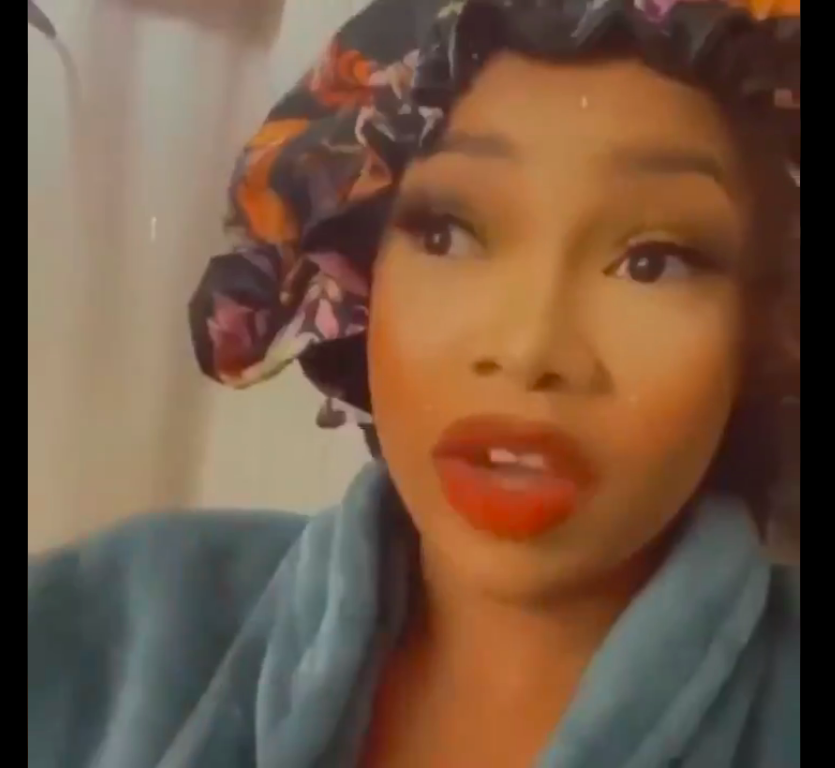 The Genius Media Nigeria reports that she made this known in a video shared by lailas news saying: as much as she respect religion, religious leaders should stop using the name of God to influence voter’s decision

Tacha warns religious leaders to stop using the name of God to influence voter's decision ahead of 2023 election. pic.twitter.com/BDqfYMd9Fs 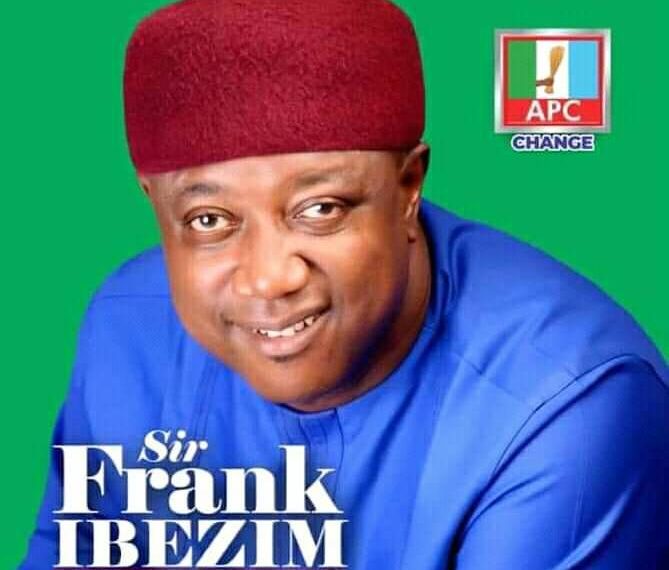 The Genius Media Nigeria reports that the Clerk to the Senate, Ibrahim El-Ladan, administered the oaths of office and allegiance on Ibezim on the directives of Lawan. 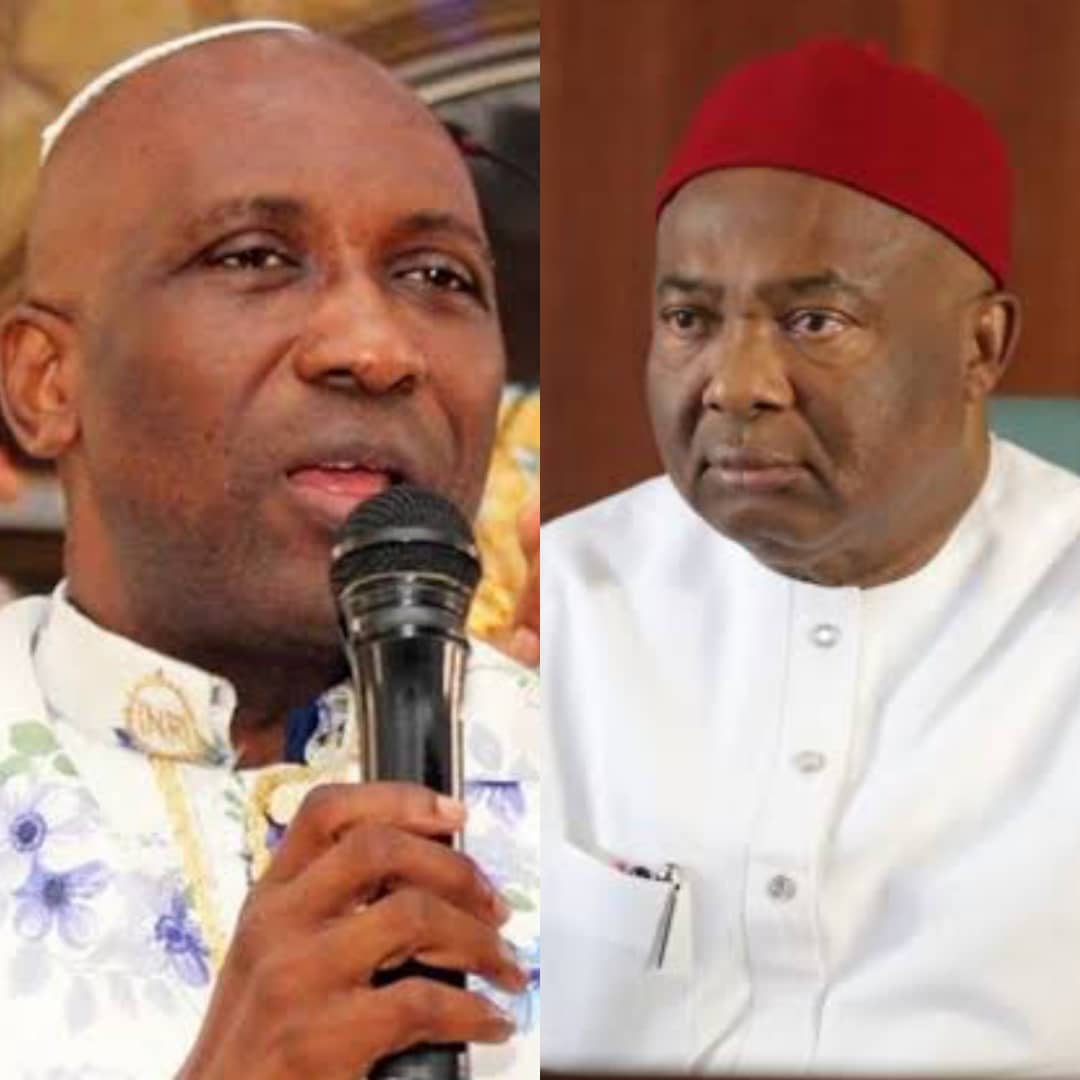 Primate Ayodele Releases Strong Message For Gov Uzodinma, Blasts Garba Shehu—The leader of INRI evangelical spiritual church, Primate Elijah Ayodele has released a strong message for the governor of Imo state, Hope Uzodinma regarding the unfortunate events that has been happening in Imo state for some time.

We recall that yesterday, the country home of the governor was attacked and razed by fire, with properties and vehicles getting burnt to ashes.

Primate Ayodele in a live session revealed that Governor Hope Uzodinma is being fought by forces of Imo land and that they want to ensure the state is ungovernable for him.

The man of God made it known that this is happening because Hope Uzodinma became governor in a wrong way, and that he is not meant to be governor of the state, hence, the coming together of forces to fight him.

He however stated that the solution for peace to return to Imo state is returning Emeka Ihedioha as governor of the state, if not, the forces will continue to attack.

‘’ It’s unfortunate that this happened to Hope Uzodinma who has been working well to see that everything goes well in his state.

Also, the man of God blasted the SSA On media to President Buhari, Garba Shehu for his comments on Isa Pantami’s travails.

Garba Shehu had said that Isa Pantami, a minister of communications was young when he made some statements that encouraged terrorism, and that he has changed his orientation now.

Also, he compared the situation of Isa Pantami to that of Kemi Adeosun who resigned due to some discrepancies in her NYSC ceritificate. The presidential aide noted that Kemi Adeosun’s case is higher than Isa Pantami’s.

Primate Ayodele in his reaction maintained that Garba Shehu is one of the people misleading this government, and that he needs to think deeply before saying anything.

‘Garba shehu is one of the people misleading Buhari’s government, I am not sure he thinks very deeply before commenting on issues, Kemi Adeosun’s case doesn’t even warrant resignation because it was not totally her fault, but she willingly resigned because she is a woman of integrity, honour and note when she discovered that her certificates are not in order

But what Pantami has done is related to terrorism, it involved terrorist groups, its shameful, he doesn’t even need to say anything, the first thing is to resign before anything if he is an honorable person, this position they are dragging is just for the main time, why stain yourself forever for a post that won’t exceed eight years? Garba shehu also needs to be investigated for supporting Isa Pantami in such way, With Isa Pantami in this cabinet, it’s a disgrace to Nigeria, this will cause chaos, conspiracy in his government, why must he still be there, on what account? Are they serving the nation or their pocket? Someone who is serving the nation will leave with honour and not wait till anyone to molest him because as it is now, he has been molested by this act. This also berates out DSS, Senators who did screening for him’’

Furthermore, He adviced the government to beef up the security in nigerian universities because the terrorists are everywhere in the country.