Former WWE star, Nikki Bella has announced her engagement to her dancer boyfriend, Artem Chigvintsev after her split from John Cena.

Announcing their engagement on Instagram, Bella revealed she said ‘YES’ to Artem few months ago during a romantic trip to France. She disclosed that they wanted to share their excitement in the new year.

Excited for 2020 and the next decade with you @theartemc  I said yes in France in November! We have been trying to keep it a secret but really wanted to share our excitement for the New Year! 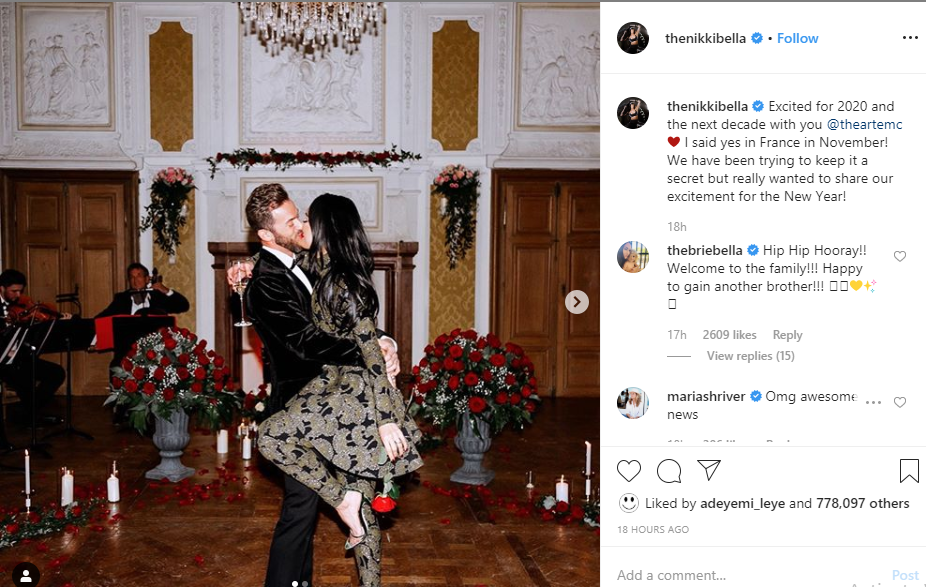 Artem on his own part, described Bella as the best thing that has ever happened to him. He wrote;

You are the best thing that has ever happened to me . So excited for what’s to come I love you more then anything and thank you for saying Yes 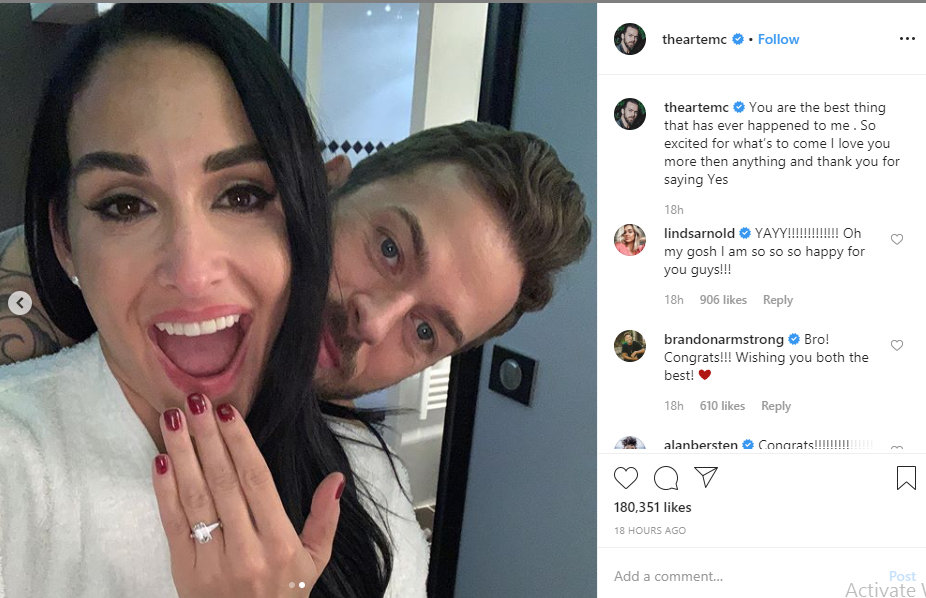 Bella is known as one of the most famous female wrestlers of all time, and she is a two-time WWE Divas Champion. She also holds the record for the longest reign with that title. The couple who first met when they were partnered together on Dancing With The Stars in 2017, confirmed their relationship in March 2019 shortly after her 2018 split from WWE star, John Cena who she dated for 6 years.

“We Didn’t License Anybody To Operate Motorbike Business” – Lagos State