Stefflon Don has put to rest the rumours spreading around that her relationship with Burna Boy has crashed. 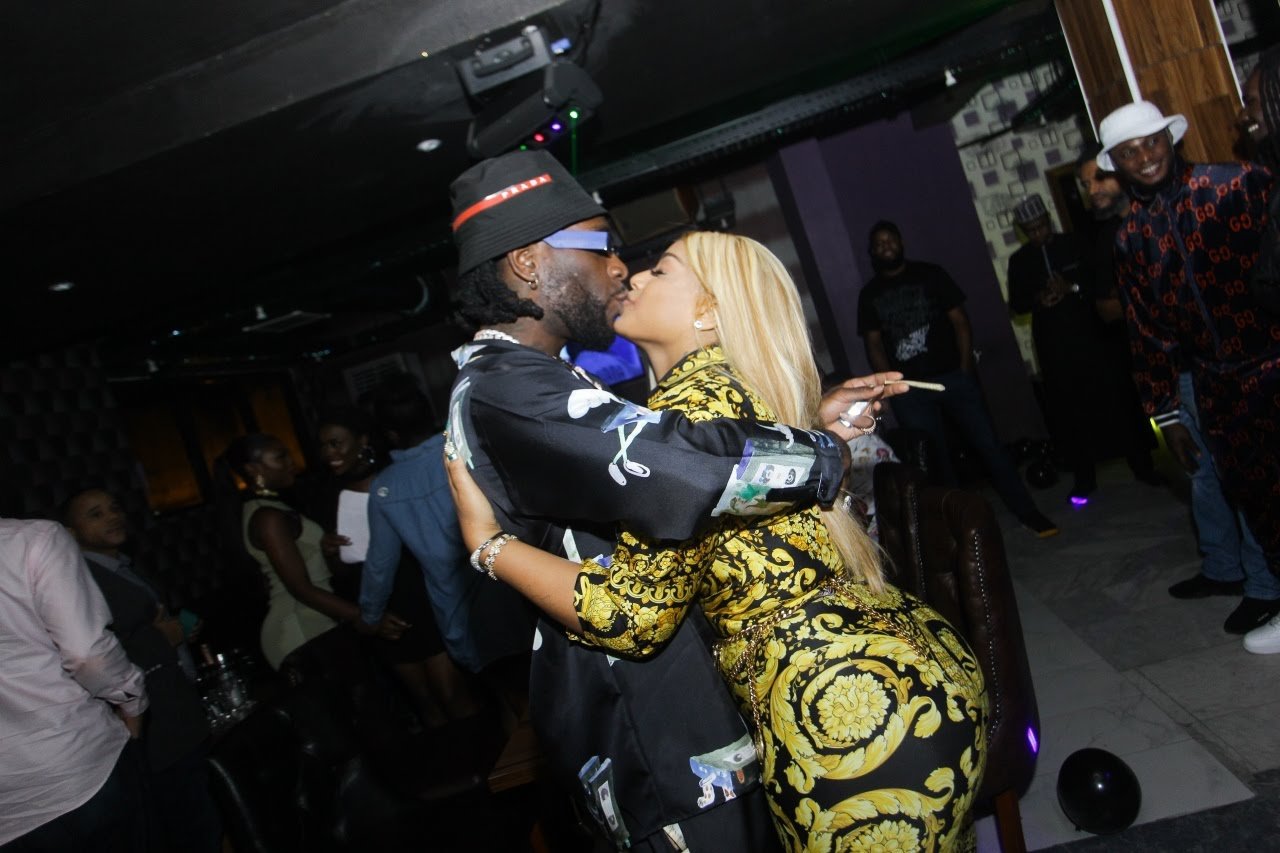 She made this known in a conversation with a fan who asked the status of her relationship with Burna Boy.

“Are you and Burna still together?” the fan said.

See their exchange below: 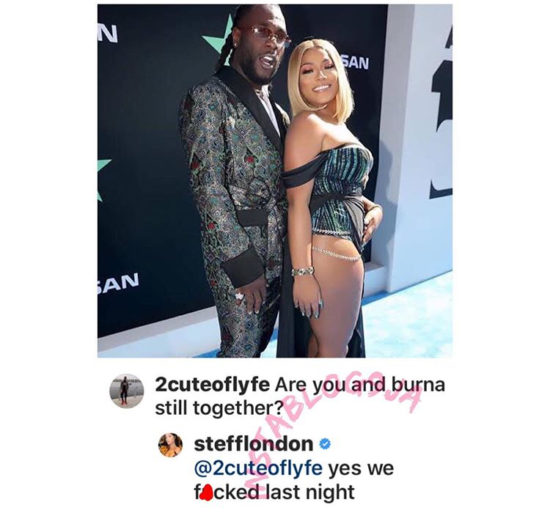 Since Burna Boy revealed that he and Stefflon Don had officially become a pair, their relationship has become the talk of many including fans and critics.

However, we’ve admired how they have remained affectionate towards each other…plus the PDA is top-notch.