Controversial journalist, Kemi Olunloyo has slammed men who refer to random girls as ‘babes’, without being in an official relationship with them.

According to the journalist, referring to a girl whom you are not in any relationship with as ‘babe’, is offensive and shouldn’t be adopted as Nigerian culture.

“Young men PLS PL PLS! Take CORRECTIONS!! The Nigerian-Americans will be here soon to explain it. I see men even my age calling me “Kemi babe”🙄🙄🙄🙄 IT’S OFFENSIVE.

THERE ARE SOME THINGS IN THE WESTERN WORLD THAT WE SHOULDN’T COPY. Certain things Nigerians think is popular culture is actually NOT! Because it’s American means NOTHING! It is SEXUALLY HARRASSING”. 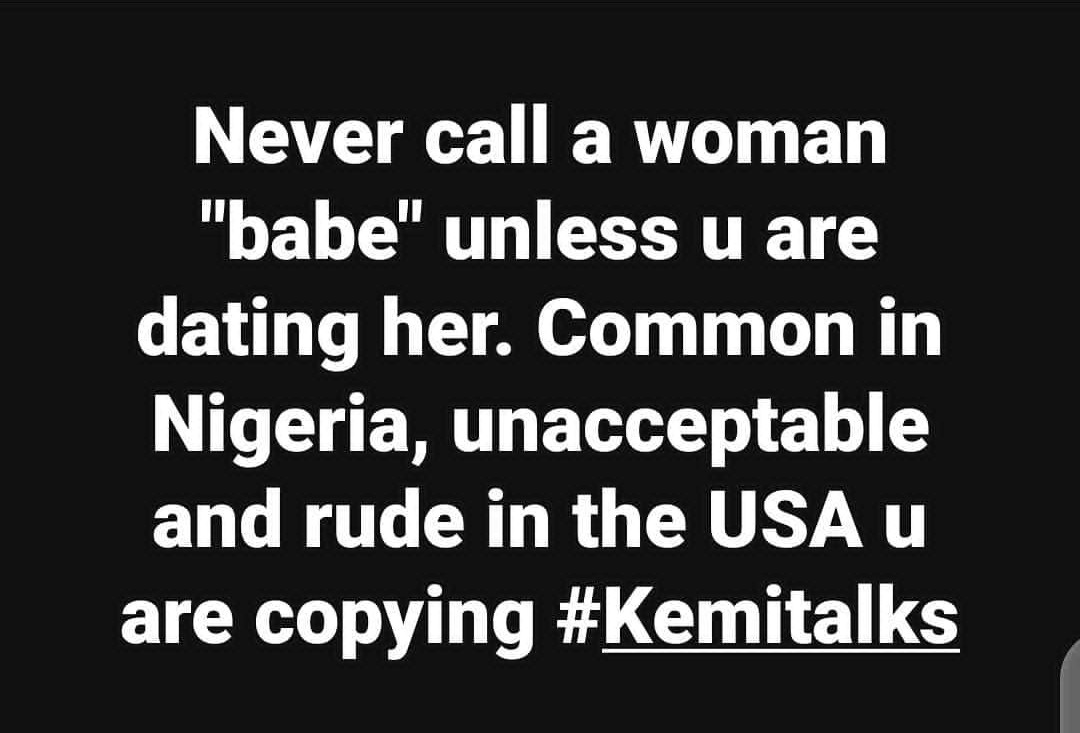