On Monday night, Didier Drogba fulfilled a 10-year debt to Kylian Mbappe by taking a selfie with the French football star at the 2019 Ballon d’Or awards. 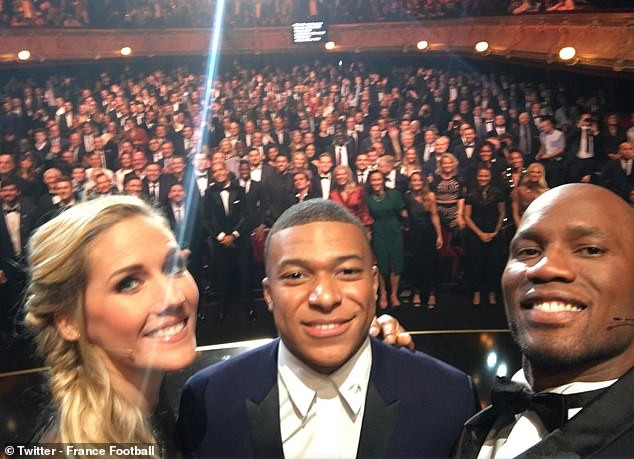 The Chelsea legend revealed that he denied a then 10-year-old Mbappe a picture after a Champions League semi-final with Barcelona in 2009,  because he wasn’t happy by the poor officiating of referee Tom Henning Ovrebo after Barcelona knocked out Chelsea. 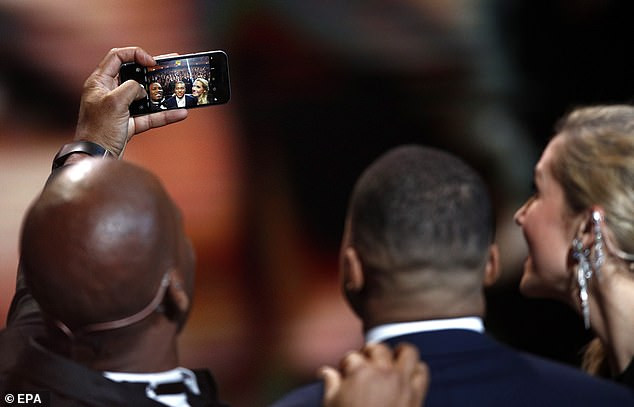 At the ceremony last night, Drogba, who hosted the ceremony alongside Sandy Heribert invited the PSG striker to the Ballon d’Or stage to fulfill his ’10-year debt’ to the French star.

He said on stage:

‘Ten years ago after a match, a child came to me and wanted to take a picture.

‘That day I said no because of the result [and the refereeing]. I learned that the child was Kylian Mbappe. I want to pay my debt now.’ 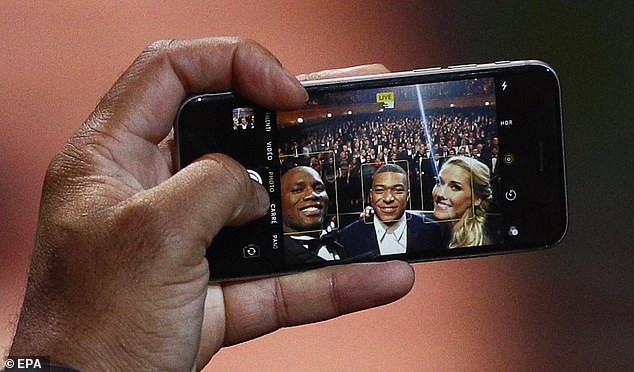