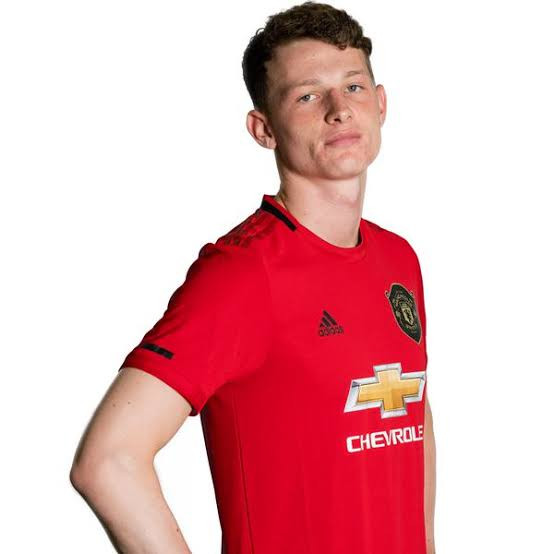 Taylor, 19, was diagnosed with cancer in February before undergoing intensive chemotherapy and miraculously last month the defender made an emotional return to the club’s U23 side, earning the praise of his teammates and his manager, Ole Gunnaer Solksjaer in the process.

Manchester United have already qualified for the next stage of the Europa league, and Soksjaer wanted to give some youngsters some playing time in the Europa, so included Taylor’s name in the squad after playing for a month in the Under 23 side and coming through unscathed.

Taylor, who changed his surname from Dunne, joined the club in 2014 following a successful trial – and Solksjaer is impressed with his attitude and determination after coming through such a dark period to carry on his progress as a footballer.

Taylor, who still visits other cancer patients at Manchester’s Christie hospital, said: ‘The position I was in this time last year, I was in my first few weeks where I had chemotherapy, I wouldn’t have thought, a year on, I’d be travelling with the first team.

‘It doesn’t matter what the environment is like, just being out there is massive. It’s been a dream since I can remember ever kicking a ball – being a Manchester United first-team player,’ Taylor told United’s website.

‘Obviously, Ole has given quite a few of us the opportunity to travel with the team and, hopefully, a few of us will get a game.’

President Buhari Commends Governor Obaseki On His Victory Over APC

How Governor Fayemi Reacted After He Was Suspended From APC

BREAKING: Obaseki Says He Has No Plans To Return To APC Now