A 26-year-old woman escaped death by the whiskers after a truck landed on top of her car in an accident which occurred at Diaz Road in Millard Grange, Port Elizabeth, South Africa at about 2:50pm on Tuesday November 26.

The lady was rescued from the badly damaged car by South Africa’s fire and rescue services who placed her on advanced life-support intervention before taking her to the hospital. 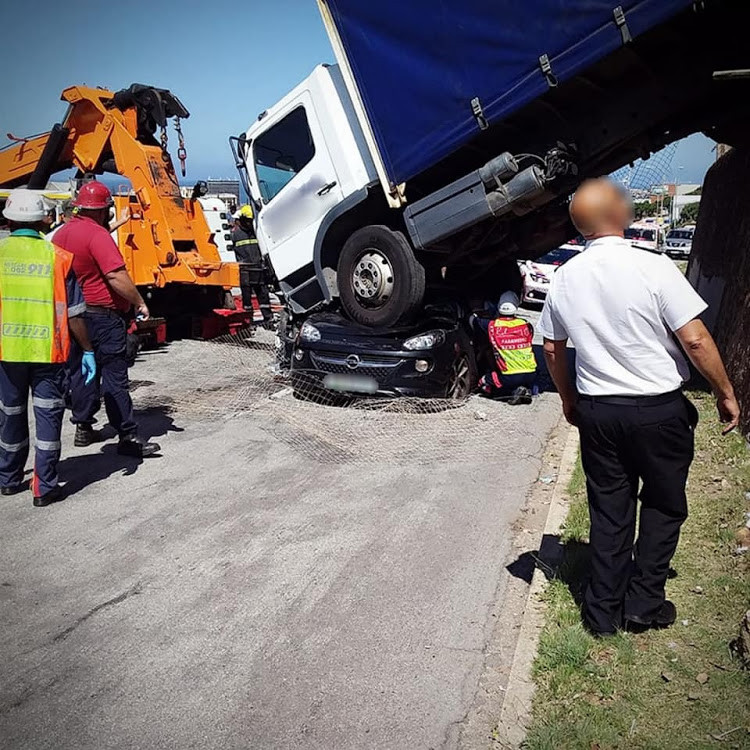 Police spokesperson, Capt Sandra Janse van Rensburg told newsmen that the truck was parked in Potgieter Street while the driver went to fetch his child from Parsons Hill Primary. HeraldLive reported that a case of reckless and negligent driving has been opened with the Mount Road police.

“When he returned to his truck, he noticed it was no longer parked where he had left it.

“He then noticed that the truck had rolled forward and collided with an Opel Adam that was travelling in Diaz Road, towards CJ Langenhoven Drive,” Janse van Rensburg said.

D’banj Accused Of Raping A Lady After She Refused His N200,000 Offer – #SayNoToRape