17-year-old Harvey Leyland has been left paralyzed after one of his dogs pulled a cushion from his head as he laid on the sofa, causing him to fall and land headfirst on a tiled floor.

Harvey who suffered a seizure when he went upstairs to rest after the fall, was struggling to breathe when paramedics turned up at their home 7 minutes after his brother Bradley called in for help. 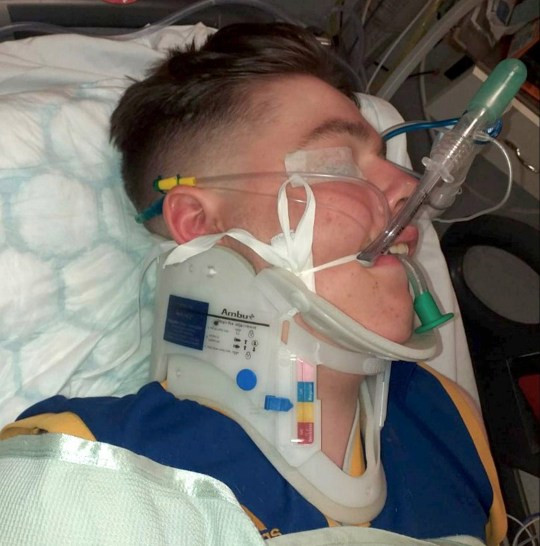 The fall victim couldn’t talk and was put into an induced coma for four days. He was found to have suffered two mini-strokes and a spinal stroke that resulted in injury to his vertebrae when examined by doctors at at Salford Royal Hospital.

‘I was out at the time it happened, I remember getting a call from my partner who told me to come home.

‘As soon as I learned what happened I rushed to the hospital. When I arrived I collapsed in the corridor, I couldn’t believe what was happening. My mind was racing.

‘I still feel like I’m in limbo. To see your child go from running around and being active to this is heart breaking.

‘I remember the first time he spoke to us after the accident. Nurses removed his tube and he said hello to the whole family. I broke down in tears of joy,

‘I thought he would start improving in other areas too, that everything would go back to normal. So to be told that he would be paralysed for life was another blow’ ‘ Harvey’s 57-year-old mother, Angela said. 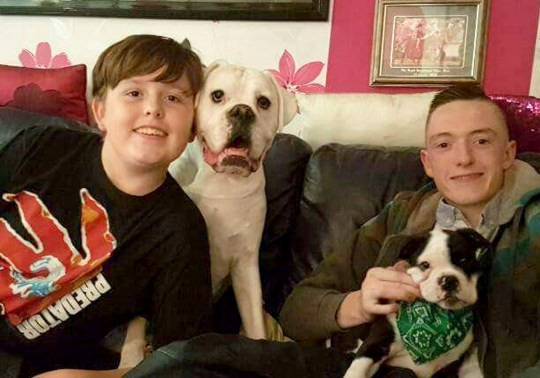 It was gathered that there has been little improvement since the accident. His body rejected a catheter and he has only been able to move his index finger since the accident. Doctors said there are no signals going to the nerves in his legs or on the left side of his body. He is now being looked after in Southport where he remains under observation and is receiving physiotherapy.

#HushpuppiArrest: What Saraki Told #APC For Linking Him To Fraudster #Hushpuppi

SCHOOL REOPENING: “Some Parents Are Already Engaging Their Children In Street Trading” – Minister Of Education

ITS OFFICIAL!!! Dubai Police Hand Over #Hushpuppi And #Woodberry To FBI In The US