Hours after a Nigerian Facebook user identified as Erestus Okpe changed his profile photo to a poison bottle, he has been confirmed dead via suicide by friends and family.

While the deceased’s friends on Facebook felt the profile photo change was a joke, they notified siblings of the Enugu-born social media user after they got no reply for their comments.

Okpe’s siblings found him dead after they rushed down to his Maiduguri home. The death of the Facebook user came as a rude shock to many, as no one knows why he committed suicide. 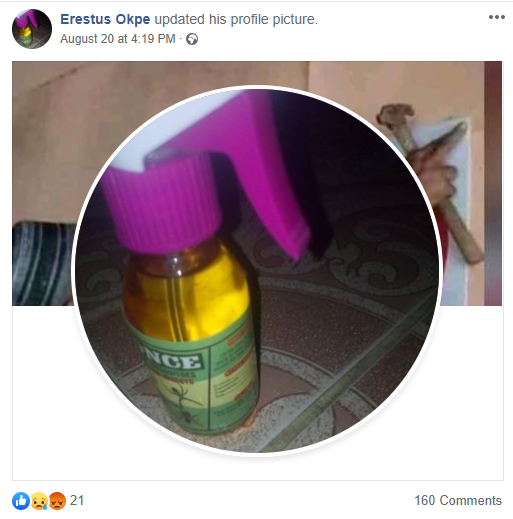 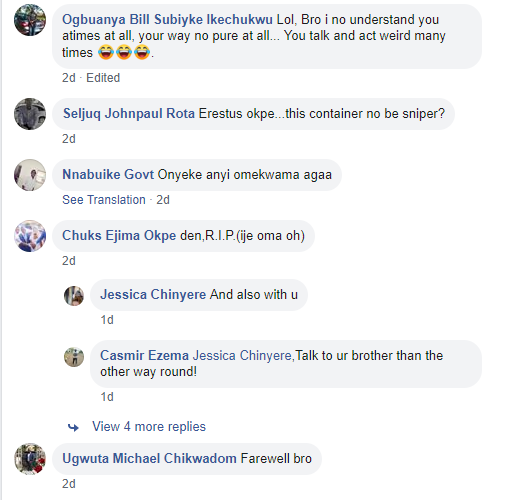 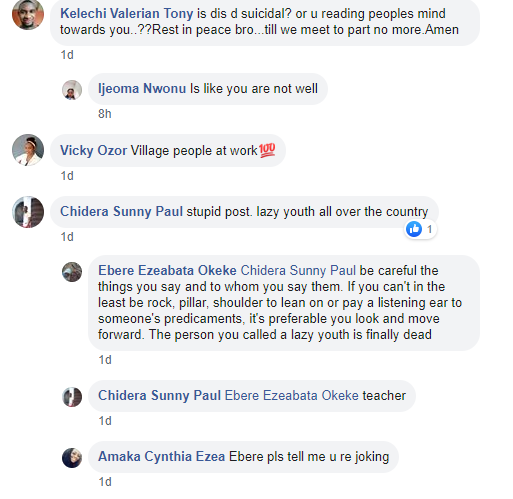 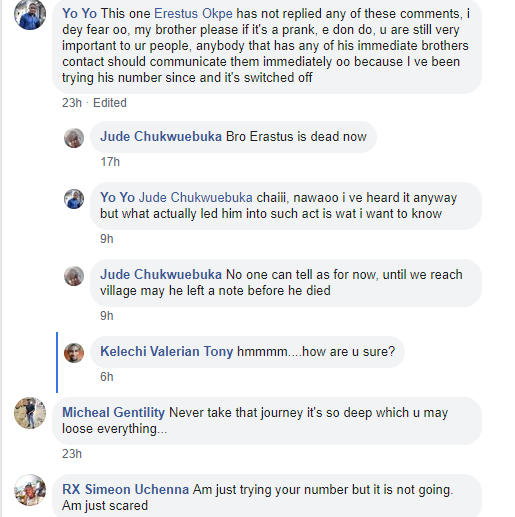 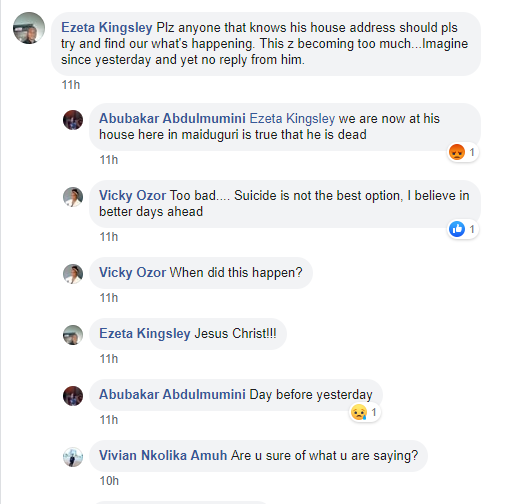 “My Wife Has Fed Me Fat” – Teddy A Shower Praises On Bam Bam, Reacts To Adeboye’s statement