Oma Akatugba, Nigerian sports journalist, has asked Toke to stop saying she will give marriage another chance. 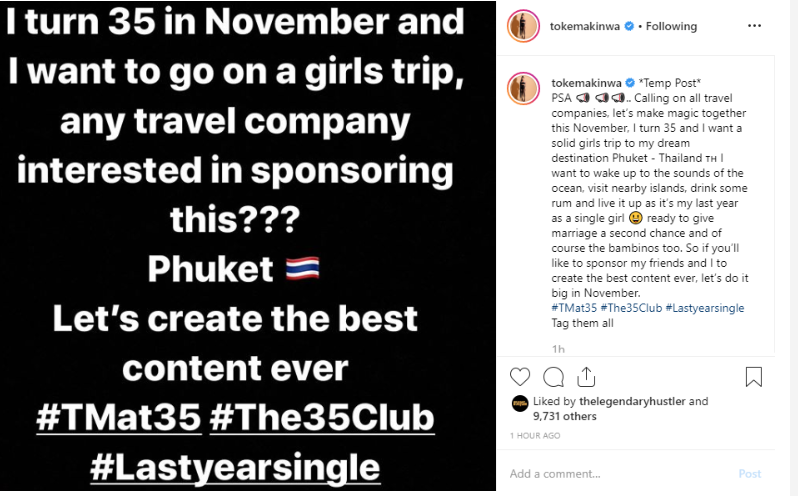 Responding to an IG post Toke shared two days ago where she stated that this will be her last year as a single lady and will be giving marriage a second chance, Akatugba said she should stop saying such. 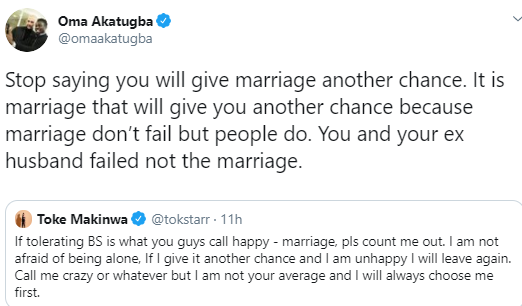 “Be Warned, Don’t Marry Anyone Who Does Not Accept Their Mistakes” – Marriage Counselor

BREAKING: All 16 Of Vietnam’s Infected With #Coronavirus Have Been Cured – #Covid19