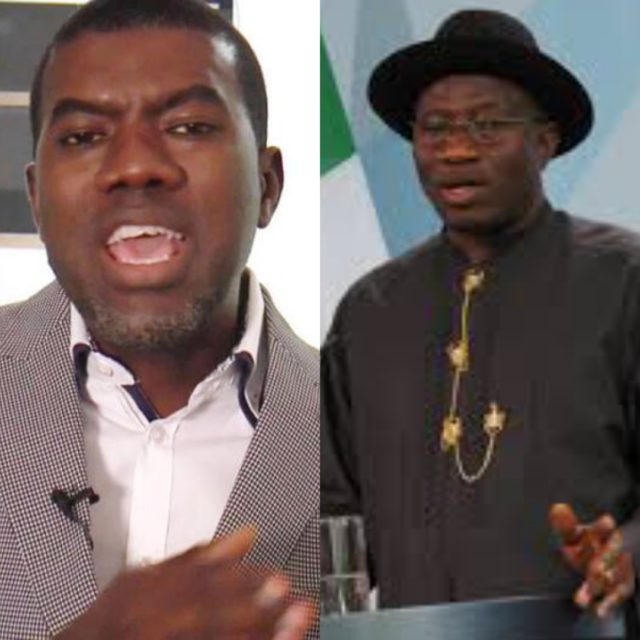 This was made known by via his twitter handle on Monday evening.

Omokri heaped praises on his principal, saying he does not know how God created Jonathan, in what was a reaction to the former President’s level of humility.

The former Presidential media aide wondered if Buhari would have made such a request on behalf of Jonathan or Ibrahim Babangida, a former military Head of State.

Omokri, who revealed that he received a call from the former President, said has never met a man, whether Pastor, Imam or Pope, with as much humility as Jonathan.

His words: “I just don’t know how God created @GEJonathan.

“I have never met a man, whether Pastor, Imam or Pope, with as much humility as former President Jonathan.

“He called me and appealed to me to show more respect and kindness to @MBuhari. Would Buhari do that to him or Obj or IBB?” He asked. 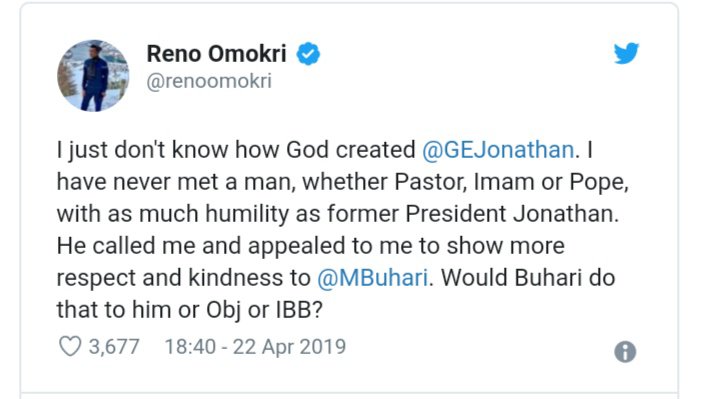