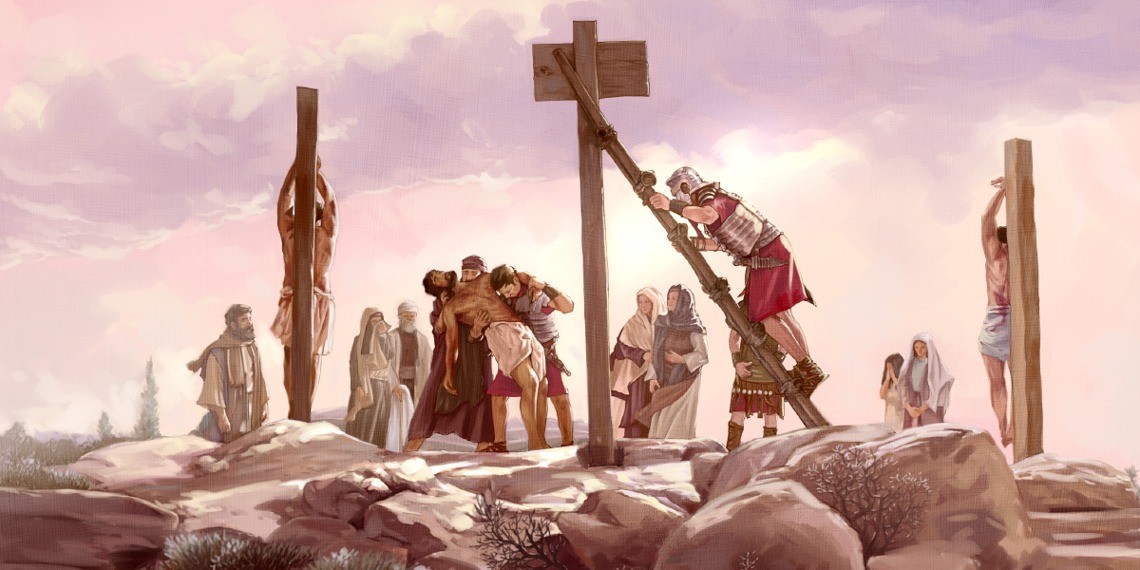 In the spring of 33 C.E., Jesus the Nazarene was executed. He had been falsely charged with sedition, savagely beaten, and nailed to a stake. He died in excruciating pain. But God raised him back to life, and 40 days later, Jesus ascended to heaven.

This extraordinary account comes to us from the four Gospels of the Christian Greek Scriptures, commonly called the New Testament. Did those things really happen? That is a pertinent and serious question. If they did not, Christian faith is valueless and the hope of eternal life in Paradise is nothing more than a wishful dream. (1 Corinthians 15:14) On the other hand, if those events really did happen, then there is a bright future for mankind, one in which you can share. So, are the Gospel accounts fact or fiction?

WHAT THE FACTS SHOW

Unlike fanciful legends, the Gospel writings reflect painstaking accuracy and attention to detail. For example, they abound with names of real places, many of which can be visited today. They tell about real people, whose existence has been corroborated by secular historians.​—Luke 3:1, 2, 23.

Jesus himself is mentioned by secular writers of the first and second centuries. * His manner of death, as described in the Gospels, agrees with Roman executional methods of the time. Moreover, events are related in a factual and candid manner​—even portraying some of Jesus’ disciples unfavorably. (Matthew 26:56; Luke 22:24-26; John 18:10, 11) All these factors strongly indicate that the Gospel writers were honest and accurate in what they wrote about Jesus.

WHAT ABOUT JESUS’ RESURRECTION?

While it is generally accepted that Jesus lived and died, some would question his resurrection. Even his apostles did not believe the initial report of his having returned to life. (Luke 24:11) All doubt was removed, however, when they and other disciples saw the resurrected Jesus on separate occasions. In fact, in one case, there were more than 500 eyewitnesses present.​—1 Corinthians 15:6.

At the risk of being arrested and killed, the disciples courageously proclaimed Jesus’ resurrection to all​—even to the very ones who had executed him. (Acts 4:1-3, 10, 19, 20; 5:27-32) Would so many disciples have been so bold if they were not absolutely sure that Jesus had really been resurrected? In fact, the reality of the resurrection of Jesus is the driving force behind the impact that Christianity has had on the world both then and now.

The Gospel accounts of Jesus’ death and resurrection bear all the necessary marks of an authentic historical record. Carefully reading them will convince you that these events really happened. Your conviction can be further strengthened when you understand why they took place. The next article will explain.

Why Is There Not More Secular Support?

Given the profound influence that Jesus had on the world, should we expect more in the way of contemporary non-Biblical corroboration? Not necessarily. For one thing, the Gospels were written almost 2,000 years ago. Few other writings of that time have survived. (1 Peter 1:24, 25) Then, too, it is unlikely that Jesus’ many opposers would write anything that would lend credibility to the reports about him.

Regarding Jesus’ resurrection, Peter, one of his apostles, explained: “God raised this one up on the third day and allowed him to become manifest, not to all the people, but to witnesses appointed beforehand by God, to us, who ate and drank with him after his rising from the dead.” (Acts 10:40, 41) Why not to all the people? Matthew’s Gospel tells us that when the religious enemies heard reports of Jesus’ resurrection, they schemed to suppress them.​—Matthew 28:11-15.

Does this mean that Jesus wanted his resurrection to be kept secret? No, for Peter went on to say: “He ordered us to preach to the people and to give a thorough witness that this is the one decreed by God to be judge of the living and the dead.” True Christians have done and are doing just that.​—Acts 10:42.