Sexually explicit video from a Twitter hangout which was held in Ogun State, ignited mixed reactions after it went viral on social media.

The videos shared on social media showed some of the hangout attendees smooching publicly while others looked on.

Some Nigerians who reacted to the videos questioned the morals of the youngsters and also insisted that it was a ‘sick act’.

Here are the videos and reactions to it it below;

This madness must stop 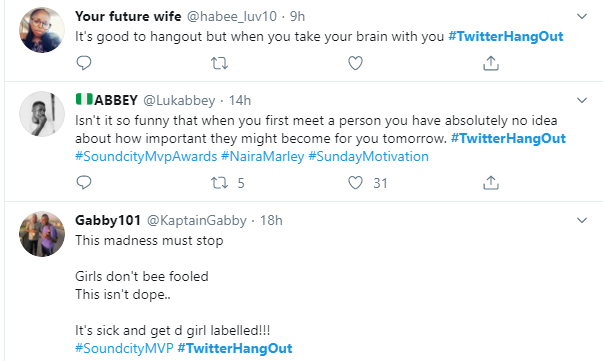 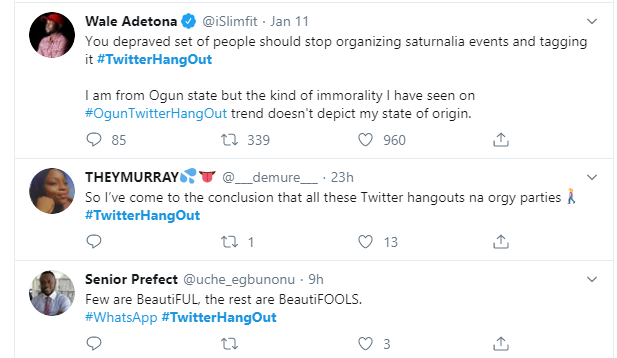 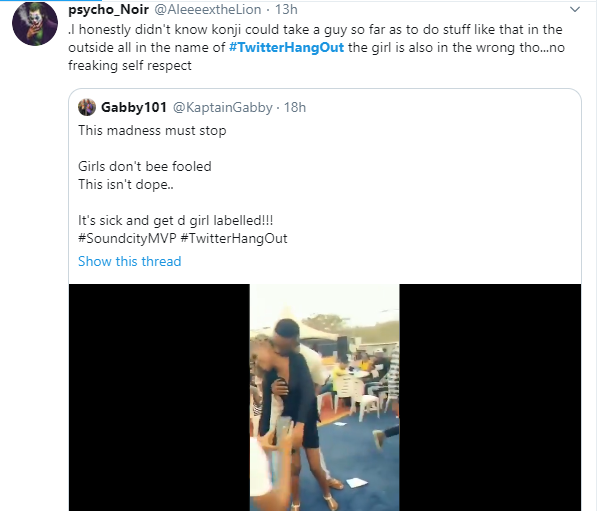